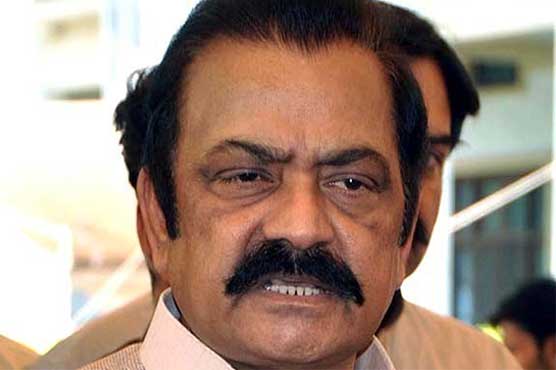 Rana Sanaullah said workers convention will be held peacefully in Faisalabad but the administration is unduly arresting party workers. Such steps should not be taken which would deteriorate the situation, he said while warning of serious consequences in case of political detainments.

The PML-N leader said Nawaz Sharif is in London for medical treatment and will return to Pakistan after recovering. PML-N had requested for 15-day parole of party president Shehbaz Sharif but the government displayed inhumane attitude, Rana Sanaullah commented.

On the other hand, PML-N spokesperson Marriyum Aurangzeb said Pakistan Democratic Movement’s (PDM) Lahore rally on December 13 will be final nail in the government’s coffin as vote thieves will be sent packing.

She addressed a presser in Lahore and said Prime Minister Imran Khan has understood that people are behind this campaign and it is better that he resigns himself before December 13. Marriyum Aurangzeb said mafias have taken over the country but it is time for them to go home.