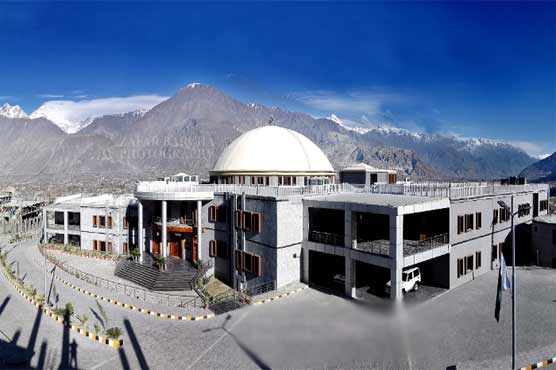 GILGIT (Dunya News) - The newly elected cabinet of Gilgit-Baltistan has taken oath on Wednesday. The oath was administered by Governor Raja Jalal Hussain Maqpoon at the Governor House. Prime Minister Imran Khan was also present on the occasion.

Mushtaq Hussain got the ministry of water and power. Raja Azam was appointed Minister of Education. Haji Shah Beg was made Minister excise and taxation as well as Zakat and Ushr.

Noushad Alam and Syed Shamsuddin have been appointed as coordinators. The portfolio of the Provincial Law Ministry will remain with the Chief Minister.