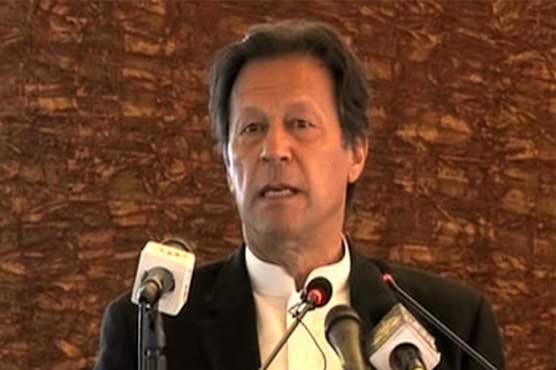 While addressing an oath taking ceremony of newly-elected cabinet, the premier pledged to immediately form committee to make Gilgit-Baltistan a separate province. The team will follow timeline and present report as early as possible, he told.

Unveiling his plan for development and welfare of the people of GB, Imran Khan said the present government’s Ehsaas Programme, which is the largest poverty alleviation program of Pakistan history, will be introduced in GB as well.

He said all the people of GB will be provided health insurance with the issuance of Sehat Insaaf Cards under which they can get free medical facility at any hospital up to one million rupees. He said the under-construction 250-bed hospital in Gilgit will be completed.

The PM expressed commitment to turn Gilgit Baltistan into a hub of tourism. He said easy loans will be provided to people to help them construct rooms at their residences for tourists.

The prime minister said Special Economic Zone will also be constructed in GB where industries will relocate.

Elaborating the PTI’s vision, Imran Khan said he is focused to uplift the living standard of the downtrodden segment of the society. He said development of the backward areas, including GB, merged districts of Khyber Pakhtunkhwa, and Balochistan is a priority of his government.