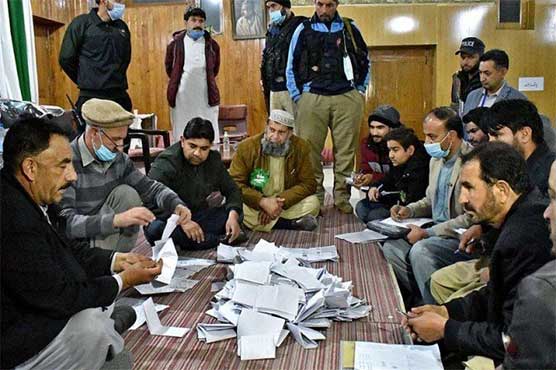 GILGIT (Dunya News) - As unofficial results of the Gilgit-Baltistan elections were being released, out of 23 constituencies, the PTI was leading with nine seats followed by independent candidates who have so far won seven seats.

Below are the details of party position in Gilgit-Baltistan Legislative Assembly.

After PTI, independents were ahead with unofficial victories in six constituencies.

The independents were followed by PPP, which was in the lead in four constituencies. As per unofficial results, Jamil Ahmed won GB-2 with 8817 votes; Muhammad Ismail won in the GB-24 with 6,204 votes; and Amjad Hussain in both the GB-I, with 11,178 votes and GB-4 with 11,178 votes.