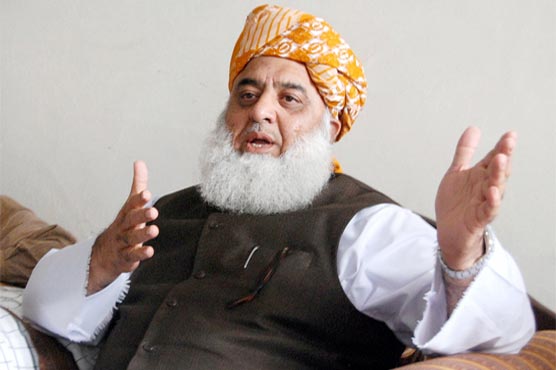 Fazal-ur-Rehman said history of 2018 general elections has been repeated.

The JUI-F chief said in his statement that the incompetent and selected rulers will not be allowed to digest the results of GB polls. Pakistan Tehreek-e-Insaf (PTI) will not be permitted to ruin Gilgit-Baltistan after Pakistan, he stressed.

Fazal-ur-Rehman said selection took place in GB instead of elections and it has been decided that the matter will be highlighted in the Pakistan Democratic Movement’s (PDM) meeting and a joint strategy will be devised.

On the other hand, Pakistan Peoples Party (PPP) Chairman Bilawal Bhutto Zardari has said that his election has been stolen and he will be joining the people of Gilgit-Baltistan in their protest shortly.

Pakistan Muslim League-Nawaz (PML-N) Vice-president Maryam Nawaz said that it is shameful for PTI to not get a simple majority in Gilgit-Baltistan elections despite use of full state machinery and institutions.