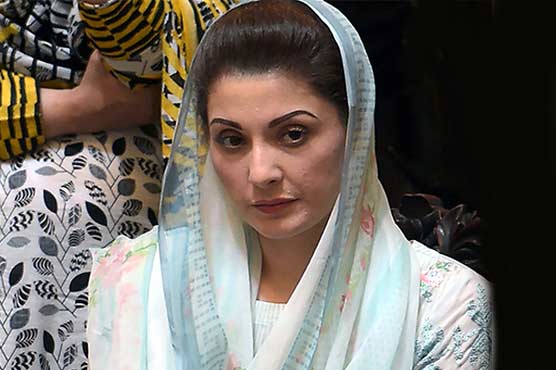 In a post on social-networking website Twitter, the PML-N vice president claimed the incumbent government is so much afraid of PML-N that it had arrested leaders in Gilgit-Baltistan before every rally.

The selected prime minister became nervous over the public gatherings of opposition leaders for Gilgit-Baltistan elections, she added.

The reaction came as voting for the general elections of Gilgit-Baltistan Legislative Assembly (GBLA) is underway amid tight security and coronavirus pandemic threat.

As many as 330 candidates including four women are contesting the general elections in 23 constituencies of GB Assembly. Elections have been delayed in GBLA-3 following the death of PTI Gilgit-Baltistan President retired Justice Jaffer Shah from coronavirus.

At least 1,26,997 fresh voters are expected to poll their right of vote in general elections of Gilgit-Baltistan.

A district wise voter list has been issued from Election Commission of GB, which showed that in election 2015, total numbers of voters were 618,364.

In 2020, total registered voters are 745,361, which shows that 126997 fresh voters will poll their votes in favor of their candidates in upcoming general election of GB.