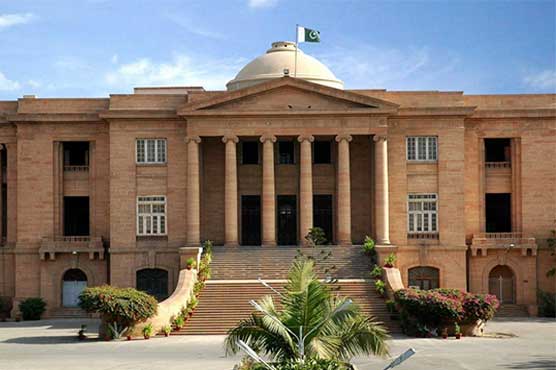 KARACHI (Dunya News) - Two MQM workers, Zubair and Abdul Rehman along with other convicts have approached the Sindh High Court (SHC) to challenge their conviction in the high-profile Baldia factory fire case.

The appeal, filed on Wednesday, argues that the ATC ignored important evidence while pronouncing its verdict. They have asked the high court to overturn the ATC’s verdict.

Lawyers of factory workers who were handed over prison time argued that police declared their clients innocent in its investigation and no witnesses record statements against watchmen Fazal Muhammad and Ali Muhammad.

Earlier, on September 22, anti-terrorism court in its verdict in the high-profile Baldia factory fire case sentenced Rehman Bhola and Zubair Charya to death.

Eight years after the terrifying industrial blaze, ATC in its verdict stated that incident was not an accident and sentenced two accused to death and four including Fazal Ahmed, Arshad Mehmood, Ali Muhammad and factory manager Shah Rukh were handed over prison time for facilitation in the crime.

MQM leader Rauf Siddiqui, Iqbal Adeeb Khanum, Ali Hassan Kadri and Abdul Sattar have been acquitted by the court due to lack of evidence.