Reference against Shahid Khaqan Abbasi made to suppress his voice: SHC 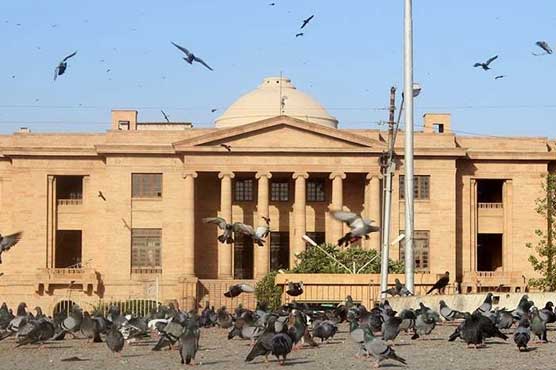 Reference against Shahid Khaqan Abbasi made to suppress his voice: SHC

There is no denying that NAB made the reference to bring the PML-N leader under political pressure.

KARACHI (Dunya News) – The reference pertaining to the illegal appointment of Managing Director (MD) of PSO against former prime minister and Pakistan Muslim League-Nawaz (PML-N) senior leader Shahid Khaqan Abbasi had been made to suppress his voice, Sindh High Court (SHC) said in its verdict on Friday.

The court while issuing detailed verdict on the bail of the former prime minister and others in case regarding the illegal appointment of Managing Director (MD) of PSO remarked that in pre-arrest bail plea one must prove that the investigation is based on false claims.

The verdict further stated that Abbasi openly criticize the federal government and there is no denying that the NAB made the reference to bring the PML-N leader under political pressure.

The verdict stated that the purpose of making reference against Shahid Khaqan Abbasi was to silence him, adding that the Supreme Court has already declared in the case of Khawaja brothers that the anti-graft watchdog is only taking unilateral action and the then head of the federal government, Nawaz Sharif, was not included in the investigation.

“Interestingly, these allegations were not made part of the reference in the lower court,” the ruling said and the court confirmed the bail of all the accused including Shahid Khaqan Abbasi.

The decision said that the names of all the accused should be put on the ECL immediately.