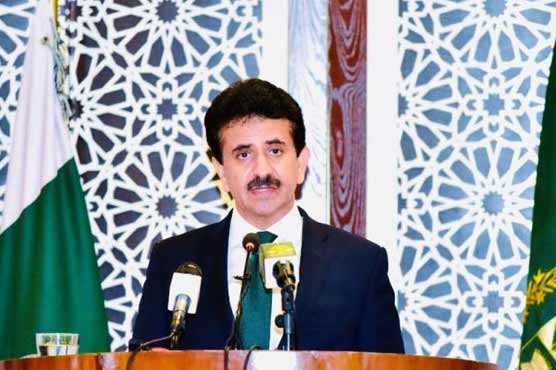 ISLAMABAD (Dunya News) - The Foreign Office has said that the offer of third consular access to Kulbhushan Jadhav is still valid. India should move forward and cooperate with the courts of Pakistan.

Foreign Office Spokesperson Zahid Hafeez Chaudhry during his weekly media briefing has said that Pakistan is aware of its responsibilities, the FATF issue should be resolved on technical rather than political grounds.

He said that India was pressuring for the introduction of Hindi language in occupied Kashmir. The international community should take note of these illegal actions.

Foreign Office spokesman regrets that some members of the Security Council Sections Committee blocked the ban on two Indian nationals. Pakistan has always insisted on depoliticizing the issue of UN sections. Angara Appaji and Gobind Patnaik are wanted by Pakistan for terrorism.

He said that Pakistan has provided documentary evidence to the UN sections committee and will continue to expose Indian-sponsored terrorism. The Afghan government has been asked not to use Afghan territory against Pakistan.

Speaking on the issue of Indian spies, the Foreign Office spokesman said that Pakistan was committed to implementing the decision of the International Court of Justice (ICJ). India should move forward and cooperate with the courts of Pakistan.

During the second consular visit, Indian diplomats left the meeting. However, Pakistan s offer of a third consular access is still valid.