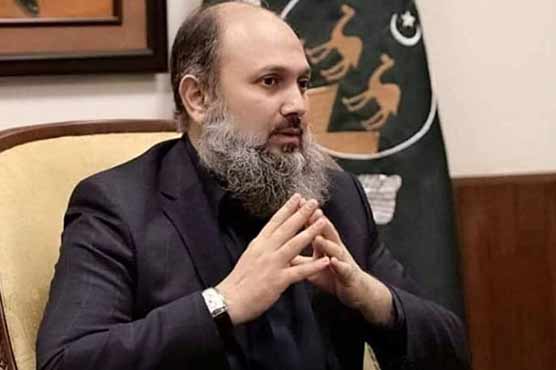 QUETTA (Dunya News) - Chief Minister (CM) Balochistan Jam Kamal Khan on the occasion of special anti-polio campaign said that by making the polio campaign a success, a healthy future of the province can be ensured.

Jam Kamal Khan said the success of the polio campaign would not have been possible without the cooperation of parents and civil society, adding that the increase in polio cases over the past few months was a matter of concern.

He said that all the concerned agencies have to take notice of their shortcomings and weaknesses and rectify them. During the polio campaign, the services of influential sections of the society, political and tribal elders should also be sought.

The Chief Minister Balochistan said that access of polio teams to all areas and to every child should be ensured. We have to work with a strong national commitment to eradicate the deadly disease like polio. Only by defeating polio can we give our children a secure and healthy future.

He appealed to parents to understand how important two drops of polio are for their children. He directed the district administration to provide all possible facilities and protection to the polio teams. Deputy Commissioners should monitor the polio campaign while ensuring that the targets set for the polio campaign are achieved, said CM.