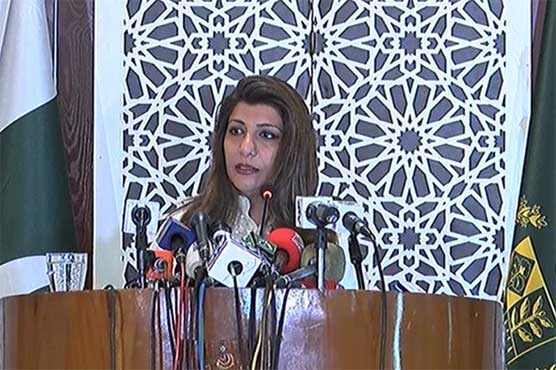 We are waiting for the response of Indian authorities on Kulbhushan Jadhav matter: FO

During the news briefing, the spokesperson said that the move came under the light of Islamabad High Court (IHC) directives. We are waiting for the response of Indian authorities on this matter, she told.

Earlier, IHC had directed the government to recontact India for appointment of legal representative for Kulbhushan Jadhav. IHC Chief Justice Athar Minallah asked the attorney general to brief the court about history of the case.

The CJ said that we want to make Indian government and Kulbhushan part of the case over which, the federation assured to again approach the neighboring country through foreign office for hiring of lawyer for the spy.

On July 22, 2020, the government had moved the court stating that Kulbhushan, who was involved in several terrorist activities in Pakistan, had refused to file plea against his sentence. The agent cannot appoint lawyer in Pakistan without assistance from India, it read.

On July 2, 2020, Pakistan had decided to grant third consular access to Kulbhushan Jadhav following his refusal to file review petition against his sentence.