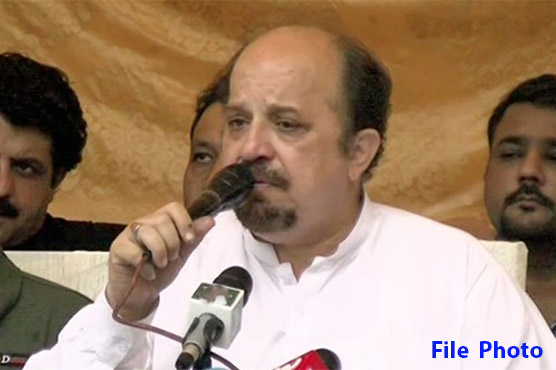 KARACHI (Dunya News) - Firdous Shamim Naqvi and other Pakistan Tehreek-e-Insaf (PTI) leaders, while demanding an end to the monopoly of K-Electric, announced a daily two-hour long sit-in against the company.

PTI leaders, while holding a press conference against power outages in Karachi, said that people are sick of prolonged and unannounced loadshedding and overbilling.

Firdous Shamim Naqvi said that K-Electric cannot take more than 600 MW from the national grid. Another company should be brought in Karachi to compete with K-Electric and provide relief to masses, he added.

Aftab Siddiqui announced that PTI would hold a sit-in daily outside K-Electric from 3 pm to 5 pm. He demanded that the system of overbilling should be abolished and the contract of K Electric should also be made public.

It should be noted that K-Electric is carrying out 6 to 10 hours of loadshedding in different parts of the city.