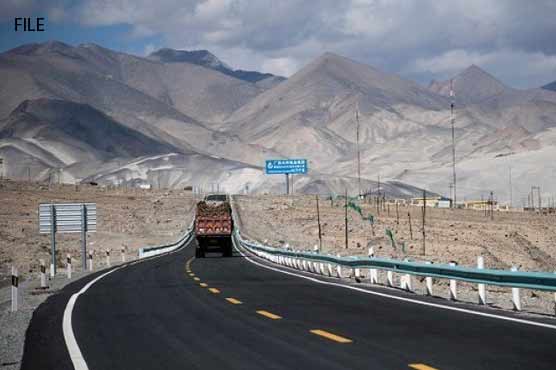 Murad Saeed, while addressing a press conference, said that pace of work on CPEC has increased and new projects are also being launched and government has approved DI Khan-Zhob road under CPEC’s western route, which was demand of smaller provinces.

The minister informed that tender for Hyderabad and Sukkur Motorways will be held this year. He further said that roads of 1800 kilometers will be constructed without any burden on national exchequer while areas located on GT Road will also be connected to Motorways.

Murad Saeed said that less money is being spent on roads as compared to previous governments as more roads are being constructed under public-private partnership. Projects in Sindh, South Punjab and Khyber Pakhtunkhwa (KP) were government’s priority, he added.

The federal minister further said that 57 projects have been included in this year’s Public Sector Development Program (PSDP). He added that work on Havelian, Thakot, Multan and Sukkur routes was completed on priority basis and now a motorway will be constructed from Peshawar to DI Khan.