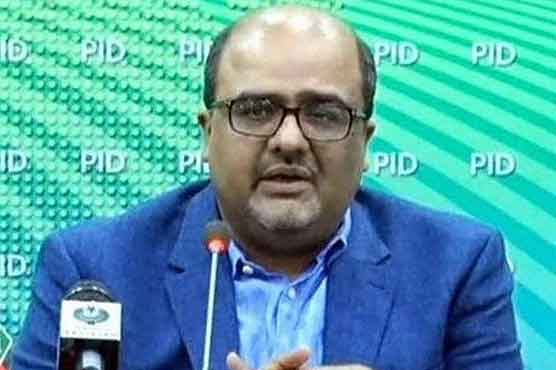 ISLAMABAD (Dunya News) - Special Assistant to the Prime Minister for Accountability and Home Affairs Shahzad Akbar while briefing about the steps taken in light of the Sugar Commission Inquiry report said that the basis of subsidies given in the past were wrong.

He said that Cases will be registered under the law of criminal act. The first reference regarding the scandal has been sent to the National Accountability Bureau (NAB) Chairman and NAB will take appropriate action.

Shahzad Akbar said 16 pages of action points have been approved and include everything that needed to be done in light of the report as criminal cases will be registered and details of Federal Board of Revenue (FBR) and Securities and Exchange Commission of Pakistan (SECP) for recovery also included in the action points.

He said that the subsidy of Rs 29 billion for the last 5 years has been reviewed as well as the basic gap in the given subsidy.

Shahzad Akbar said that the farmers of Pakistan could not be prosperous as sugarcane price has been very low. Sugar cane growers have been paid 30 to 35% less than the price set by the government as revealed in the inquiry report
He said that in view of the fact that the mills had violated the conditions of export the subsidy from 2014 to 2019 has been reviewed.

Shahzad Akbar said that the action on subsidy will be taken by the National Accountability Bureau (NAB) and the matter related to recovery will be looked into by the FBR.

He said that cases of corporate fraud have been referred to the SECP and FIA. There have been irregularities in the export for which procedures have been worked out and time has been fixed.

He said that people inside the departments have colluded with the mill owners, fraudsters have not been caught by the auditors on purpose but all these audit firms will be blacklisted.

Shahzad Akbar said that we are also investigating the subsidy of Rs 4 billion given in our tenure and a committee will work to fix the sugar price under the chair of federal minister Hammad Azhar.