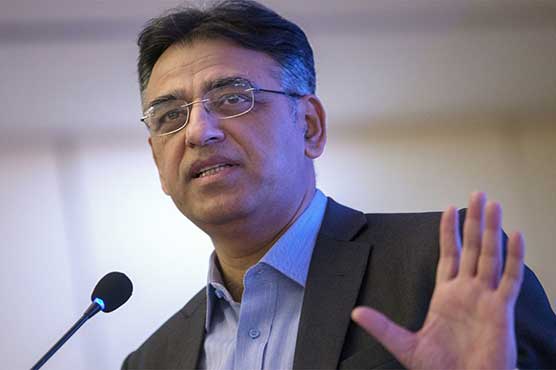 Asad Umar had expressed his wish to appear before sugar probe commission to record his statement.

The inquiry commission has summoned Asad Umar to appear before the commission today (Tuesday) to record his statement and answer questions pertaining to the export and subsidies on sugar.

Asad Umar will inform the inquiry commission about the decisions taken by the Economic Coordination Committee (ECC) in regard to the export and subsidies on sugar.

According to sources, Asad Umar had expressed his wish to appear before the sugar probe commission to record his statement.

Earlier on Monday, Asad Umar had said that inquiry commission investigating sugar crisis should summon him instead of Prime Minister Imran Khan.

In a tweet, Asad Umar said “Shahid Khaqan Abbasi has demanded that I and Prime Minister Imran Khan should be summoned by sugar inquiry commission”.

He added that the decision was taken by cabinet on recommendation of Economic Coordination Committee (ECC), so he should be summoned to answer commission’s questions instead of Prime Minister.