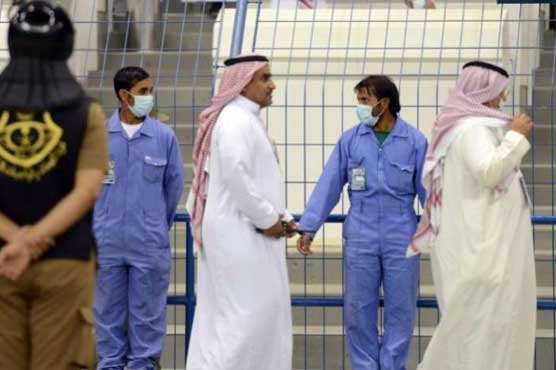 ISLAMABAD (Dunya News) - Saudi Arabia has disallowed its companies from terminating their Pakistani workers for three months, saying that all employees will continue to receive salaries.

Both governments have been in touch on issues facing Pakistani workers and in this regard, Zulfi Bukhari conducted a video link meeting with Saudi Minister for Labor Abdullah bin Naseer and had a detailed consultation on the problems faced by the Pakistani workers and labor community and their possible solutions.

Zulfi Bukhari urged Saudi officials to increase cooperation with Pakistani workers as the nation wants to stand with its compatriots in these difficult times. He also requested special measures to be taken for the return of Pakistanis in Saudi Arabia.

In a major decision on Zulfi Bukhari s request, Saudi Minister for Labor Abdullah bin Naseer announced the extension of entry and exit visa period and till December, visas of Pakistani workers will be extended free of charge.

He also said the Saudi government has announced that it has prohibited companies from terminating Pakistani workers for at least three months, during which time all employees will be paid their due salaries.

Saudi Minister said that the country will cooperate with employees who have been terminated prior to the announcement, while clearing all salaries and arrears to Pakistani workers will also be ensured.

Special Assistant Zulfi Bukhari thanked the Saudi Minister for assuring full cooperation and the two leaders agreed to further strengthen bilateral cooperation during this difficult time and also discussed resuming flight operation soon. It was decided that the two countries will continue to cooperation throughout the difficult situation.