Rana Sanaullah could not be indicted in narcotics case, hearing adjourned 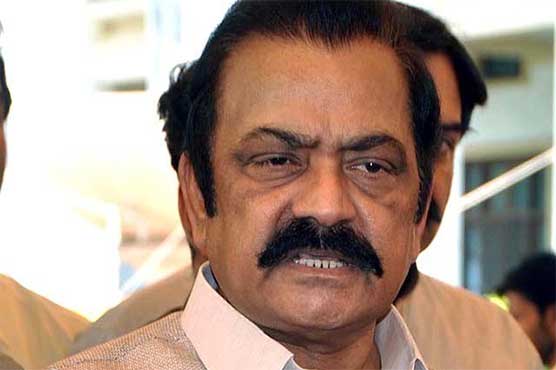 Rana Sanaullah could not be indicted in narcotics case, hearing adjourned

Rana Sanaullah could not be indicted in narcotics case, hearing adjourned.

LAHORE (Dunya News) – Pakistan Muslim League-Nawaz (PML-N) leader Rana Sanaullah could not be indicted in narcotics case as the court summoned lawyers of all parties for arguments during the next hearing, Dunya News reported on Saturday.

According to details, the hearing was presided over by special court for narcotics control Judge Shakir Hassan. Rana Sanaullah filed an application to obtain copy of the statements given by witnesses.

The other accused in the case, Usman Farooq, requested the court to allow his new counsel to represent him in the case. The Anti-Narcotics Force (ANF) prosecutor maintained that the suspects are wasting the court’s time. The hearing was then adjourned till March 28.

On the other hand, Rana Sanaullah talked to media and said former prime minister Nawaz Sharif’s treatment will be completed in March, and Leader of the Opposition in the National Assembly Shehbaz Sharif will return to Pakistan by the end of this month.

He claimed that drug peddlers were forced to give statements against him. The incompetent government has done nothing but inflating prices and businesses of people have been affected, he said.

The PML-N leader also expressed his support for women’s march. The march should be allowed and women should be given their rights, he stressed.