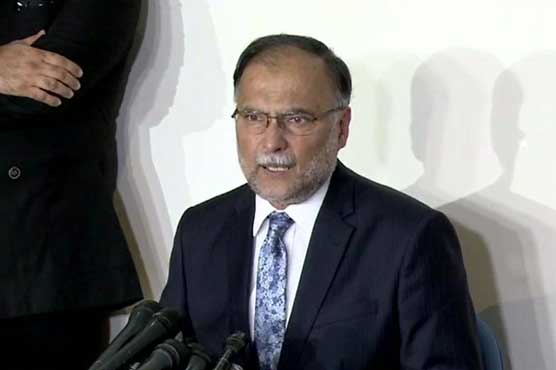 The anti-graft agency also imposed a ban his travel abroad.

It is pertinent here to mention that former interior minister Ahsan Iqbal was directed to appear before the anti-graft watchdog.

The anti-graft agency officials seized the PML-N leader’s passport and imposed a ban his travel abroad.

Sources said that Ahsan Iqbal also given an affidavit not to travel abroad.

Earlier, Speaking to the media when he appeared before the National Accountability Bureau (NAB) in Rawalpindi,  the former PML-N leader said the leaders have committed acts of economic terrorism and the incumbent government will be held accountable for it.

Ahsan Iqbal maintained that Pakistan is being pushed towards economic slavery by the government.

It is pertinent here to mention that Ahsan Iqbal was released from Adiala Jail on Wednesday after the Islamabad High Court (IHC) granted him bail in the Narowal Sports Complex case against surety bonds worth Rs 10 million.