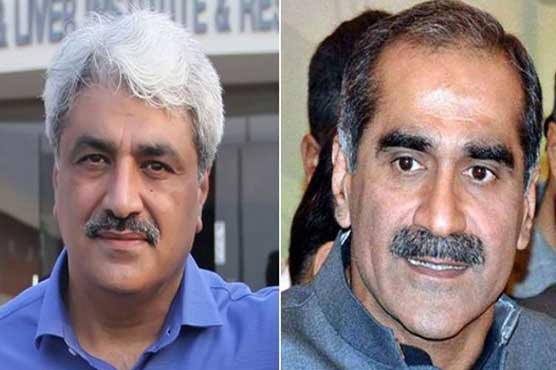 On Feb. 11, an accountability court issued an arrest warrant for Qaiser Amin Butt in the same case.

ISLAMABAD (Dunya News) – The Supreme Court of Pakistan (SCP) on Monday directed the National Accountability Bureau (NAB) to present its response with the court as PML-N legislator Khawaja Saad Rafique and his brother Salman Rafique seek bail in the Paragon City Housing reference.

The apex court’s three-member bench headed by Justice Maqbool Baqir also directed the accountability court, hearing the proceedings of the same reference, to produce a reference report in the next hearing on March 10. Justice Mansoor Ali Shah and Justice Muneeb Akhtar were other members of the bench.

Advocate Ashtar Ausaf pleaded with the court to order a trial court that has been hearing the case to present its report as well.

Mr Ausaf further told the bench that from the total 122 witnesses, statements of only five witnesses were recorded.
Earlier, Khawaja brothers’ bail was turned down by the Lahore High Court (LHC).

On Feb. 11, an accountability court in Lahore issued an arrest warrant for Qaiser Amin Butt, the director of Paragon Housing Society and the primary accused person in the Paragon City Housing reference who has turned witness for the prosecution against the Khawaja brothers.

The accountability court ordered Butt’s arrest and his production in the next hearing, in response to a NAB’s request for obtaining record of the housing society.

Mr Rafique, MNA, and his brother Salman Rafique, who is a member of the Punjab Assembly, were interrogated by the NAB in the same case.

On April 26 last year, the NAB Lahore had approved filing of a reference against the Khawaja brothers and Nadeem Zia for the alleged corruption.

Qaiser Amin Butt was also included in the inquiry initiated by the NAB, and was arrested in November 2018. Later, he agreed to turn approver against the Khawaja brothers and Zia.