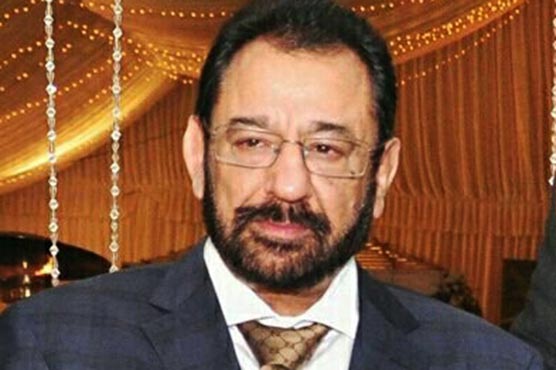 On December 11, 2018, the Khawaja brothers were detained by the accountability watchdog.

LAHORE (Dunya News) – An accountability court in Lahore on Tuesday issued an arrest warrant for Qaiser Amin Butt, the director of Paragon Housing Society and the primary accused person in the Paragon City Housing reference who has turned witness for the prosecution against PML-N legislator Khawaja Saad Rafique and his brother Salman Rafique in the same case.

In the hearing today, the court ordered to arrest Butt and produce him before it in the next hearing, in response to a National Accountability Bureau’s (NAB) request for obtaining record of the housing society.

When the court inquired about whereabouts of Mr Saad, jail authorities present in the courtroom informed that he has been attending a session of the National Assembly in Islamabad.

Mr Rafique, MNA, and his brother Salman Rafique, who is a member of the Punjab Assembly, have been interrogated by the NAB in the same case.

On April 26 last year, the NAB Lahore had approved filing of a reference against the Khawaja brothers and Nadeem Zia for the alleged corruption.

Qaiser Amin Butt was also included in the inquiry initiated by the NAB, and was arrested in November 2018. Later, he agreed to turn approver against the Khawaja brothers and Zia.