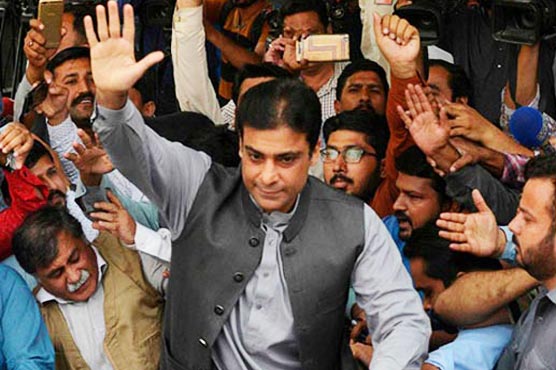 According to details, a two-member bench of LHC has directed the authorities to release the Pakistan Muslim League-Nawaz (PML-N) leader from the cusdoty.

On the other hand, the counsels were unable to complete their arguments in money laundering reference.

Moreover, the hearing has been adjourned till February 11

On June 11, the National Accountability Bureau (NAB) had arrested Hamza in the same cases after LHC had turned down his applications for extension in interim bail.

In the hearing on June 11, Salman Butt, the defense counsel for Hamza, had argued that according to the NAB ordinance, the bureau could not issue arrest warrants unless an inquiry over the matter was completed. To which, Justice Naqvi had remarked that the judgment would be done as per the constitution, and justice would be ensured.

Moreover, the prosecutor had submitted complete details of assets of PML-N president Shehbaz Sharif’s family members in the court with an argument that their assets were beyond their known sources of income.