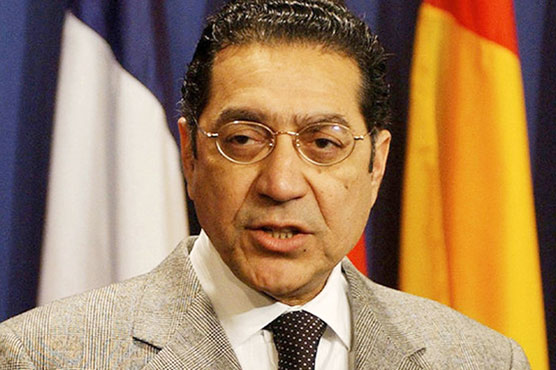 The developing countries, he said, must strengthen south-south cooperation to open new avenues.

(APP) – Pakistan’s Ambassador to the U.N., Munir Akram, has said the flagship, multibillion dollar China-Pakistan Economic Corridor (CPEC) project is an `outstanding example’ of South-South cooperation, which is aimed at achievement of shared economic and development goals.

The Pakistani envoy was speaking at the at the annual ceremony for handover of the rotating Chairmanship of the G-77, the biggest UN bloc of developing countries along with China, at which Guyana assumed the leadership of the 134-member coalition. The State of Palestine was its previous chairman.

The developing countries, he said, must strengthen south-south cooperation to open new avenues and present the world an alternate development model based on inclusivity, self-respect, common endeavor, and economic independence.

“The China-Pakistan Economic Corridor is an outstanding example of south-south cooperation whose benefits are not restricted to participating countries alone, but will include the region and beyond,” Ambassador Akram said at the solemn ceremony.

Referring to the unprecedented challenges facing the world, he spoke of the alarming erosion of multilateralism and international cooperation; withdrawals from international agreements and disregard for international legal norms.

“The unilateral use of force and foreign intervention have become more frequent,” the Pakistani envoy said, adding, “The right of self-determination of peoples under foreign occupation is brutally denied.”

In addition, there was slowdown in global economic growth under the weight of trade and technology disputes that damages efforts to realize the Sustainable Development Goals (SDGs), eradicate poverty, and combat climate change.

“While we witness a rise in per capita income; disparities and inequalities are increasing among and within countries,” Ambassador Akram said.

The present model of development, he said, had delivered prosperity to many but it has not yet eliminated poverty and deprivation. Moreover, it had created unprecedented levels of inequality, and brought the world’s eco-systems close to tipping points that pose an existential threat to the planet.

Over the years, the G-77 and China, which represents over 70 percent of the world’s people, has shaped the discourse and outcomes of several multilateral processes on a range of issues, but now it needs to take on the challenges head on, the Pakistani envoy said.

The G-77 should demand that developed countries change their production and consumption patterns and encourage public and private investments that are aligned with the SDGs, while addressing anomalies in the global financial system to make it people-centered and provide opportunities to developing countries by honouring their right to development.

“In the wake of receding global flows in foreign direct investment, a significant acceleration is required to meet the investment needs associated with the sustainable development goals,” he said.

Also important was the fight against illicit financing flows and return of stolen assets, international tax and customs cooperation, sharing of data, financing for development, and reducing debt burden of developing countries through a more democratic and equal system.

“While we underline the importance of Official Development Assistance (ODA), we also need to build a business case to generate investment in sustainable development,” Ambassador Akram said.

While Information and communications technologies could help in surmounting development challenges, he called for securing due share of the developing countries in taxes generated through monetization of data belonging to them.

No single type of investment was more essential for the achievement of the SDGs than infrastructure – including energy, transpport, communications and social infrastructure, the Pakistani envoy said.

“As a group, our unity remains paramount. We need to safeguard our basic principles, such as the `right to development’ and `common but differentiated responsibilities’ (CBDR), Ambassador Akram said.

“We must ensure that the global development discourse remains people-centered, committed to leave no one behind and reach the farthest behind first.”