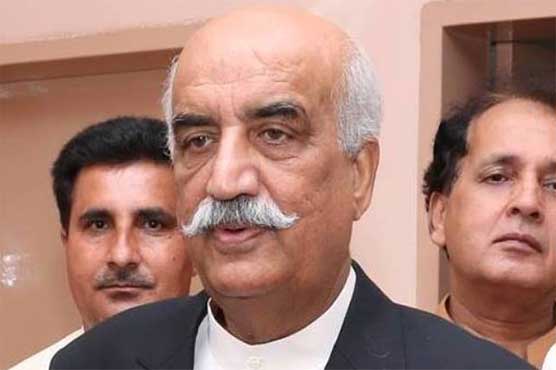 According to details, a special bench comprising Justice Naimatullah Phulpoto and Justice Khadim Hussain Tunio conducted proceedings on the matter and postponed the bail of ex-opposition leader in National Assembly.

The court said that the issue will be raised in next hearing on January 16.

On December 12, accountability court had granted bail to Syed Khursheed Shah in assets beyond mean case.

On Decmber 10, the National Accountability Bureau (NAB) had decided to form a Joint Investigation Team (JIT) to probe into the case against Shah.