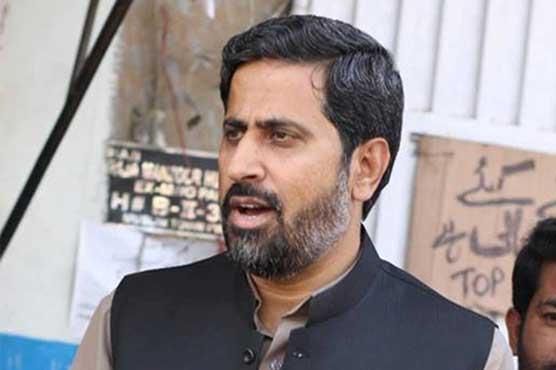 "Feudal lords and investors had been ruling here," he said.

LAHORE (Dunya News) – Provincial Minister for Colonies Fayyaz-ul-Hassan Chohan said on Saturday that the foreign funding case against the ruling Pakistan Tehreek-e-Insaf (PTI) has been lodged to “blackmail” the party.

He addressed a press conference, and said: “Opponents have made accusations for their vested interests […] looters haven’t gained anything before except that they have become a laughing stock.”

“They had said that they wont allow [us to pass] the budget […] they were failed then,” he said, while recalling that PML-N’s Hanif Abbasi had also taken the foreign funding case to the Supreme Court.

“The Supreme Court had referred the case to the Election Commission […] PML-N’s representatives have been continuously lying,” he added.

“Feudal lords and investors had been ruling here […] PTI performs its audit report from the top-rated companies,” he mentioned while claiming that the Pakistan Peoples Party (PPP) has registered two of its parties with the Election Commission of Pakistan.

“Zardari has even not submitted any file of his party with the election commission […] Ahsan Iqbal is an iqama holder in the UAE,” he went on to say.

“Members of the opposition have been organising halwa parties and giving a new lollipop of the foreign funding case […] whosoever was terminated from the party, [he/she] had started making accusations against it,” he stated, adding that opposition parties had even failed in giving resignations from the assemblies.