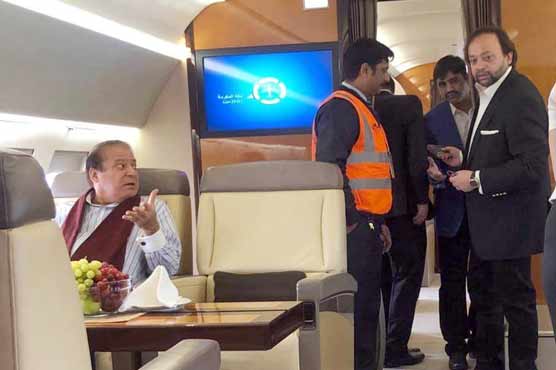 Earlier today, the ailing former three-time prime minister – a month after being released on bail from a seven-year sentence in Al-Azizia case – had departed for London in an air ambulance from the Allama Iqbal International Airport, Lahore, accompanied by his brother Shehbaz Sharif.

The flight had landed at the Doha International Airport at 03.30pm PST. The air ambulance was refueled for resuming Sharif’s flight.

With the flying fuel of 10 hours and two pilots, the air ambulance is equipped with oxygen cylinders, ventilators, an intensive care unit, an operation theatre and other medical facilities, while two doctors, including Sharif’s personal physician Dr Adnan, and paramedics are also on board.

Prior to departure, the doctors inspected Sharif’s blood sugar level, blood pressure and performed a CBC test. Upon clearance of all medical tests and doctors’ recommendations, the air ambulance took off from the airport.

Former premier’s medication has been changed for enabling him to travel. Sharif will be shifted to the Harley Street Clinic in London immediately after landing.

Despite the convictions for corruption, Sharif remains popular among many people in Pakistan, and his health has dominated newspaper front pages and TV channels in recent weeks.

“Thank God that he has left for the medical treatment he needs urgently,” the party’s parliamentarian Ahsan Iqbal said.

“Nawaz Sharif will go to Boston after going through a detailed checkup in London. During his travel, he will stay in Doha for two hours,” Sharif’s close aide Pervaiz Rashid told Reuters.

But Sharif was only allowed to leave after agreeing to a series of conditions preventing him seeking exile, including submitting periodic medical reports notarized by Pakistan’s embassy in London, according to court documents seen by Reuters.

In a tweet shared on his official twitter handle on Tuesday morning before departure, Sharif’s personal physician Dr Adnan Khan stated that former prime minister Nawaz Sharif will depart for London, UK, via Doha, Qatar, in an Airbus A-319-133LR / A7-MED Air Ambulance managed by Qatar Airways at 10am PST.

According to party spokesperson Marriyum Aurangzeb, Nawaz will be accompanied by his Dr Khan and Shehbaz Sharif during his transfer to London. An intensive care unit and an operation theatre has been set up in the air ambulance and a team of doctors and paramedics will also be on board, Dr Khan said in a tweet last night. Shehbaz Sharif will stay with his brother till his rehabilitation.

"Former PM Sharif will travel to London in a high-end air ambulance equipped with a fully functional and staffed Intensive Care Unit (ICU) and Operation Theatre. A team of doctors and paramedics will be on board headed by an intensivist. ETD (LHE): Tuesday 19 Nov morning." 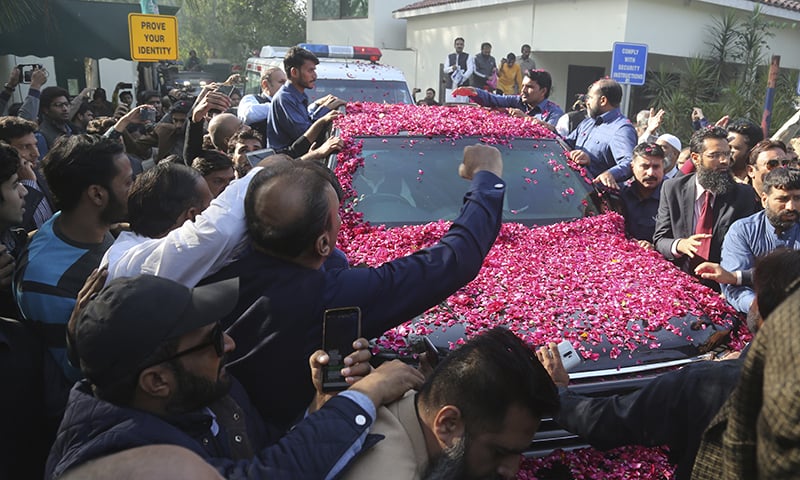 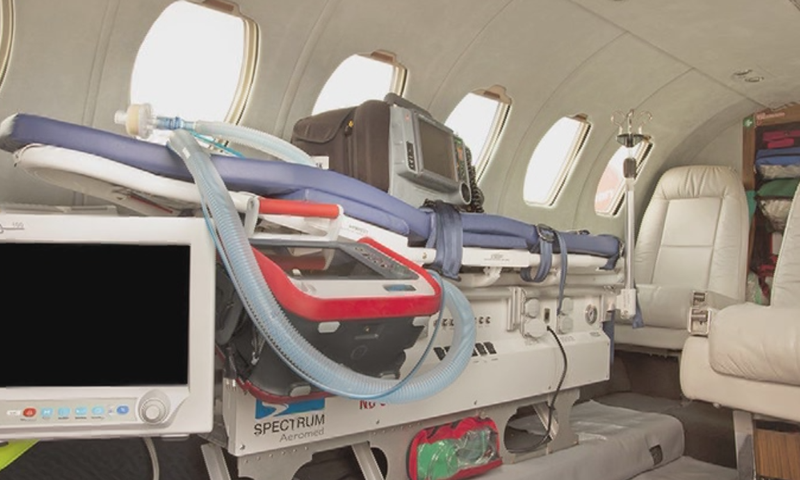 “We shall warmly welcome Nawaz Sharif when he returns to Pakistan after recuperating. The government should turn its focus to serve people instead of getting jealous of Nawaz and Shehbaz Sharif,” Aurangzeb had stated.

The development comes a day after the interior ministry issued a notification regarding removal of Sharif’s name from the Exit Control List (ECL) – allowing the former prime minister to travel abroad for medical treatment. It said that the decision was an "interim arrangement" in the light of the Lahore High Court’s (LHC) order, which was passed last week.

His name has been removed from the ECL after the LHC while rejecting the objection by federal government on its proposed draft, on Nov. 16 ordered to remove name of former premier from the ECL and allowed him to travel abroad to get health treatment for four weeks.

The court had rejected the condition of indemnity bond presented by the government, which said that Sharif needed to submit the bond as guarantee for his return.

The federal government had set condition for Sharif to pay Rs7 billion surety bond if he wants to travel abroad for medical treatment.

Nawaz, who has been diagnosed with an immune system disorder, was recommended by doctors to go abroad as his condition continued to deteriorate despite treatment. He was rushed to Services hospital from the Kot Lakhpat jail – where he was serving a prison sentence granted by an accountability court that found him guilty of corruption in the Al Azizia – after Dr Khan raised an alarm over his deteriorated health.

The Islamabad High Court (IHC) had suspended Sharif’s sentence for eight weeks on medical grounds. Later, the government had conditionally granted Sharif one-time permission to travel abroad for four weeks; however the conditionality was refuted by the party. The government had said that the permission would be subject to the Sharif family submitting an indemnity bond "to the tune of Rs7-7.5 billion".

Subsequently, the PML-N approached the LHC that suspended the government’s conditions and allowed Sharif to travel abroad while taking a written undertaking from him and his brother Shehbaz Sharif that they would return back to the country after treatment.

Meanwhile, sources are of the view that Sharif’s stay abroad may be extended depending on his health condition.

The National Accountability Bureau (NAB) had also been investigating Sharif as a prime suspect in the Chaudhry Sugar Mills case.

Last year in December, an accountability court had sentenced Sharif to seven-year rigorous punishment in the Al-Azizia Steel Mills corruption reference, but acquitted him in a second reference related to Flagship Investments.

The court had also fined Nawaz Rs1.5 billion and US $25 million in the Al-Azizia reference.