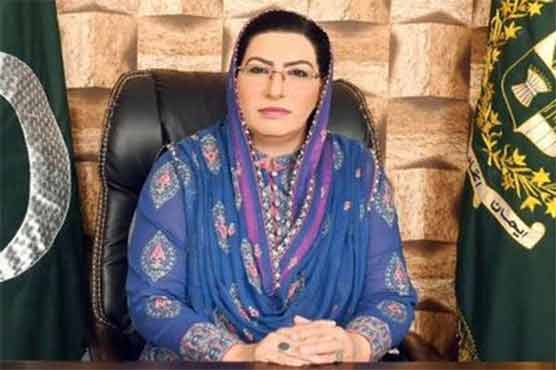 Firdous said that the government made the decision about Nawaz Sharif on the basis of humanity.

SAPM Awan took to Twitter and expressed that the federal government kept the politics aside and made the decision on the basis of humanity. 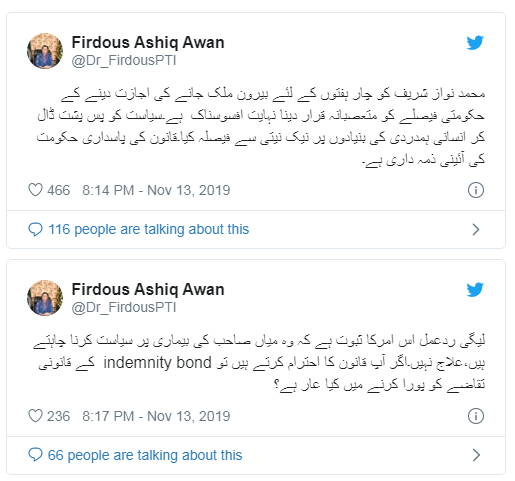 She further said that obeying the law is the constitutional responsibility of the government. “The PML-N’s response is a proof that they want to politicize the disease, and not cure it”, she added. 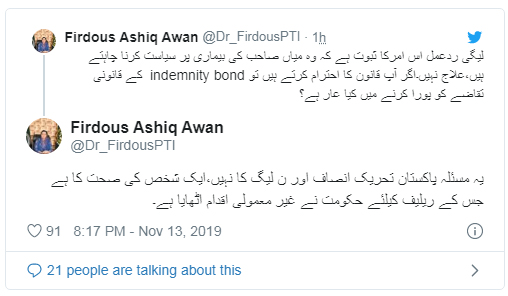 Firdous Ashiq Awan asserted that there is no problem in submitting the indemnity bond as per legal requirements if PML-N really respects the law.

SAPM Awan expressed that the matter is not about the Pakistan Tehreek-e-Insaf (PTI) and PML-N, but the health of a person for whom the government has taken extraordinary steps. 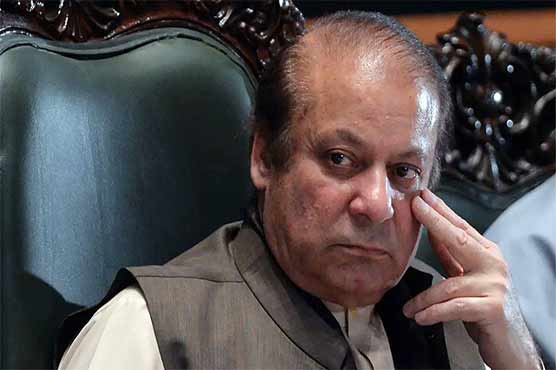 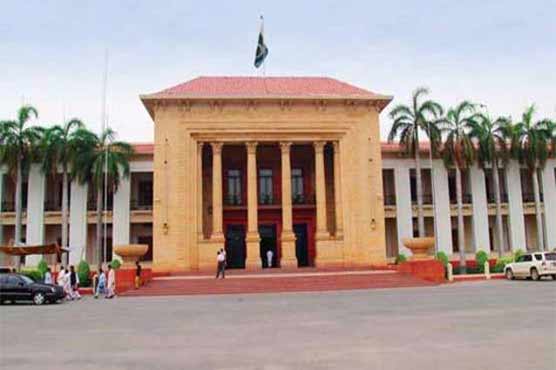 PML-N decides to resign from standing committees of Punjab Assembly 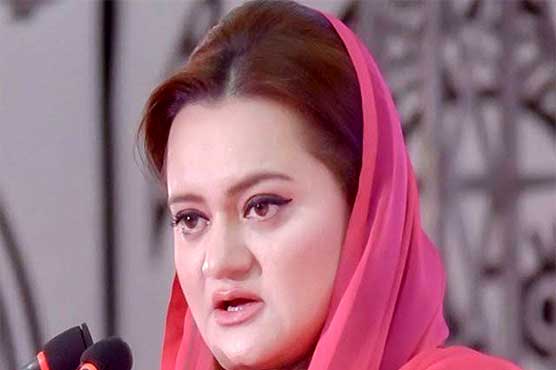 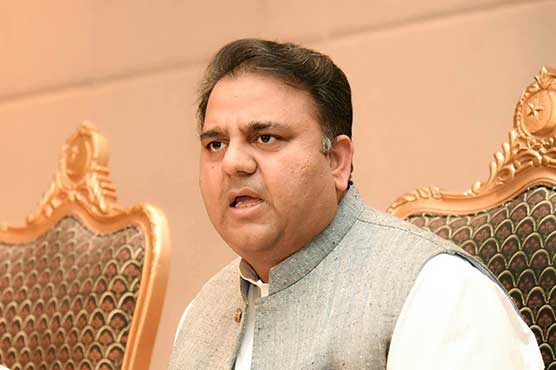