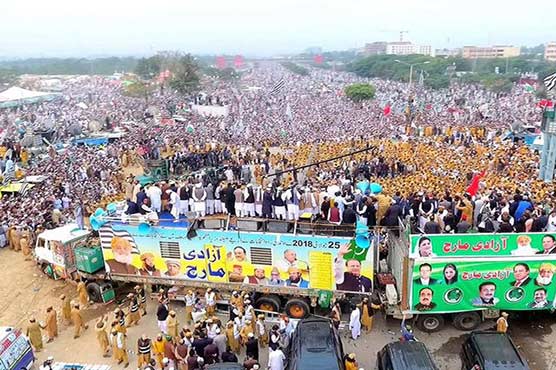 Fazl gave Khan two days to resign or else he said: "We will be forced to think of another strategy.

ISLAMABAD (Dunya News) – Defiant Jamiat Ulema-e-Islam-Fazl (JUI-F) chief Fazlur Rehman – who on Friday gave deadline to Prime Minister Imran Khan to resign within two days – has been planning the next course of action for the Azadi marchers to proceed for increasing pressure on the government. The deadline ends tonight raising the stakes in a protest campaign that the government has denounced as a threat to democracy.

Importantly, the opposition’s Rehbar Committee has recommended a plan to shift the protest venue to D-Chowk, resignation of opposition members of the National Assembly, blocking highways and indefinite shutter-down strike to cripple functioning of the federal government.

The meeting of JUI-F leadership is underway to consider the Rehbar Committee’s recommendations.

Today’s meeting of the committee is expected to decide about shifting the demonstrators from Peshawar Mor to somewhere else.

Fazl gave PM Khan two days to resign or else he said: "We will be forced to think of another strategy".

Fazl, while welcoming the leaders of political parties in Azadi March, said they [the protesters] would not be able to exercise patience after two days.

The JUI-F chief said this was not a gathering of any single political party but a gathering of whole nation, adding that the nation has stood against the government on one platform. He further said: “We do not accept results of 2018 general elections."

On Saturday, the JUI-F chief vowed to topple the ruling regime and run the country.

Addressing the participants of the Islamabad sit-in, he said that writ of the incumbent government has ended and now "we will run the country".

He said: "We will provide satisfaction and protection to the country." Fazl asked the government to "step down and don’t test our patience".

He vowed to continue protest until the toppling of the government.

Contrarily, law enforcers have been issued instructions to prepare and get ready for any untoward situation in case the protesters violate the agreement signed between the government’s negotiation committee and the Rehbar Committee. The local administration has been tasked to plan a strategy to resist marchers if they advance towards the sensitive Red Zone of Islamabad.

The government has strictly warned the demonstrators that if they violate the agreement, stern action would be taken against them in accordance with the Law.

Security is tight in Islamabad with the government and diplomatic sector - Red Zone - just a few kilometres from the rally - sealed off, with shipping containers used to block roads. All paths leading towards Red Zone have been blocked.

Minister for Science and Technology Fawad Chaudhry on Sunday termed what he called the failure of the halwa march “a success for Pakistan.”

In a post shared on Twitter, Chaudhry added: "The segment carrying out this march is the one that opposed the creation of Pakistan.

"Their elders were in opposition to Quaid-i-Azam [Mohammad Ali Jinnah]. Today they are opposing [Prime Minister] Imran Khan. The defeat of this segment is the key to the future of Pakistan and hopefully this matter is reaching towards its end."

Pakistan’s powerful military said it supported the country’s elected government and the constitution.

“We believe in the law and the constitution and our support is with the democratically elected government, not with any party,” military spokesman Major General Asif Ghafoor said in comments to a television news channel late on Friday.

The military has denied meddling in politics and Khan has dismissed the calls to step down.

The leader of the protest, religious party chief Fazlur Rehman, told a rally of tens of thousands of supporters that he did not want a “collision with institutions”, a thinly veiled reference to the military, and called on them to be impartial.

The ISPR said Rehman should know the military was impartial and it should not be dragged into politics. 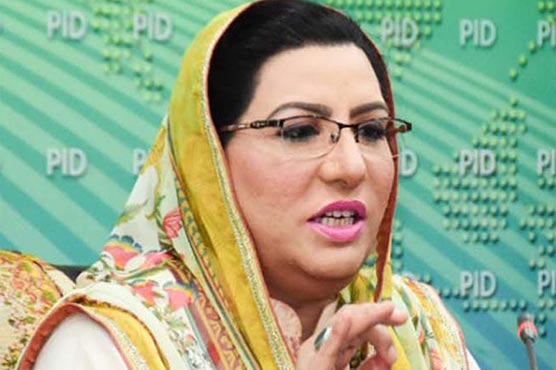 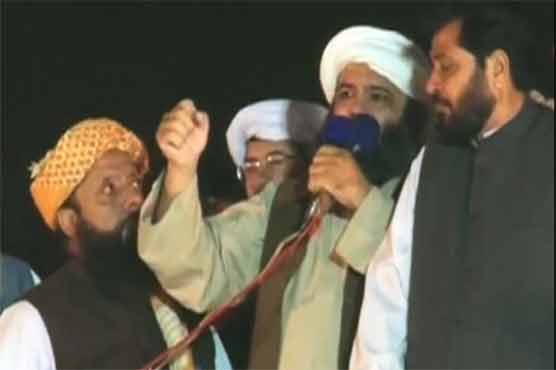 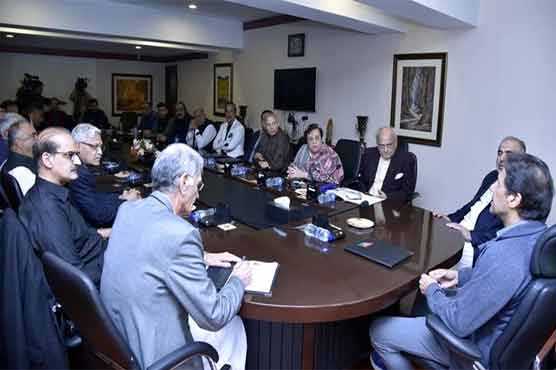 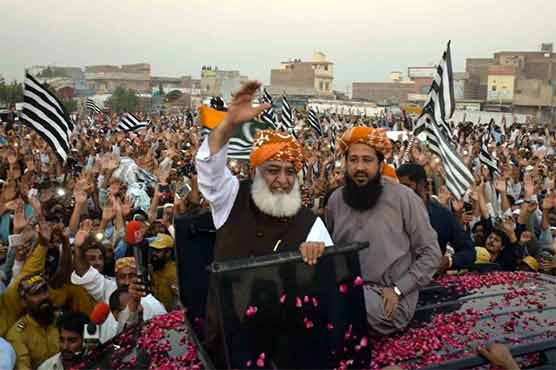