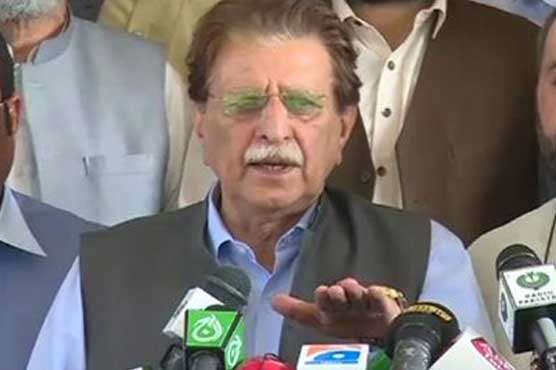 He also listened to the complains of the earthquake affectees.

During the visit, the AJK PM directed the officials to accelerate the relief efforts.

He also listened to the complains of the earthquake affectees and ordered to resolve those complaints.

The AJK PM went on to say that the earthquake is a bigger test and the government will completely rehabilitate affectees.

Earlier on Tuesday, at least 26 persons were killed and more than five hundred injured as 5.8 magnitude earthquake rattled Azad Kashmir and other parts of Pakistan.

Rescue teams rushed to the spot and emergency was also declared at all the hospitals.