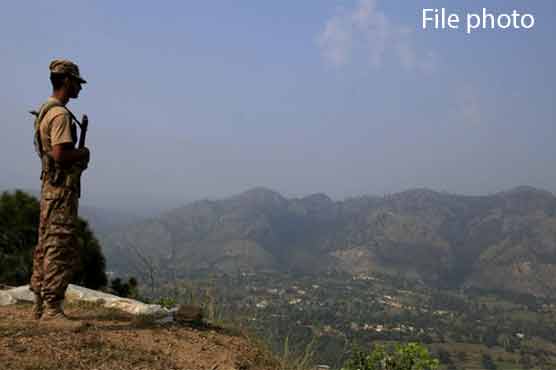 RAWALPINDI (Dunya News) - A civilian and a Pakistan Army soldier was martyred during the unprovoked firing by Indian troops along the Line of Control (LoC) in Nakial,Jandrot and Haji pir sectors on Saturday.

Inter Services Public Relations (ISPR) said an innocent citizen Fatima Bibi, aged 40 years, embraced shahadat while six others including four women got injured during Indian firing at Nakial and Jandrot sectors. All injured have been shifted to hospitals.

Repeatedly, Director General (SA & SAARC) Dr Mohammad Faisal had been urging the Indian side to respect the 2003 ceasefire arrangement. He had said that the Indian side should permit UNMOGIP to play its mandated role as per the Unite Nations Security Council (UNSC) resolutions.

On September 6, in Khuiratta sector of the LoC, the Indian forces had deliberately targeted innocent civilian participants of peaceful rallies organised to show solidarity with the people of occupied Kashmir. Four civilians had sustained critical injuries that day.

The incidents of firing along the LoC come amid simmering tensions between India and Pakistan after Modi-led Hindu nationalist Indian government abrogated special autonomy of occupied Kashmir, stripping the people of the region of their special rights.