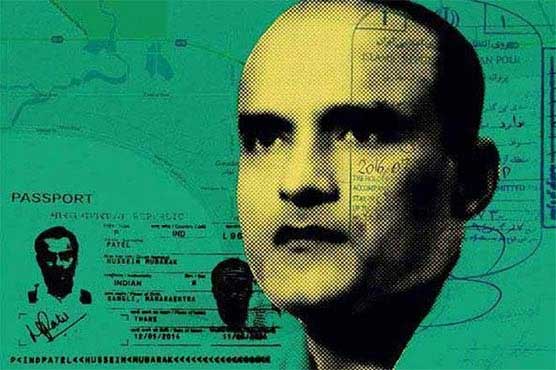 According to a statement issued by Foreign Office, Mr. Gaurav Ahluwalia, Charge d  Affairs of the Indian high Commission in Islamabad availed consular Access which was provided in line with Vienna Convention on Consular Relations, ICJ verdict and the laws of Pakistan.

Consular access was provided at 1200 hours and lasted for two (02) hours, in the presence of officials of the Government of Pakistan, the statement added.

It further said on the request of India there was no restriction on the language of communication. In order to ensure transparency and in line with standard operating procedures, and as conveyed to the Indian side in advance, the access was recorded.

As a responsible member of the international community and in line with our international commitments, Pakistan has provided un-impeded, uninterrupted consular access to India to Commander Jadhav, the statement concluded.

After getting a go-ahead from New Delhi, Indian Deputy High Commissioner Gaurav Ahluwalia reached the Foreign Office (FO) to meet Kulbhushan Jadhav in the presence of Pakistan’s diplomatic staff.

Foreign Office Spokesperson Dr Mohammad Faisal had on Sunday announced that Pakistan will provide consular access to Commander Kulbhushan Jadhav, a serving Indian naval officer and RAW operative who confessed his involvement in terrorism carried out in Pakistan.

Dr Mohammad Faisal had stated that the access is being provided in line with Vienna Convention on Consular relations, International Court of Justice verdict and the laws of Pakistan.

It is pertinent to mention that Commander Jadhav is in Pakistan’s custody, for espionage, terrorism and sabotage.

Consular access for Indian spy Commander Kulbhushan Jadhav, a serving Indian naval officer and RAW operative, is being provided on Monday 2 September 2019, in line with Vienna Convention on Consular relations, ICJ judgement & the laws of Pakistan.

Let it be known that Pakistan had offered consular access to Kulbhushan Jadhav last month but India had missed out the chance by unfairly demanding an unimpeded access to its spy. The request was rejected by Pakistan under the laws.

On July 17, the International Court of Justice (ICJ) rejected remedies sought by India, including annulment of military court decision convicting Kulbhushan Jadhav, his release and safe passage to India.