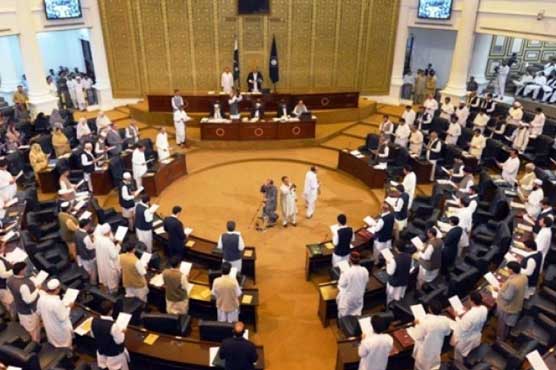 Representatives were elected in the historic July 20 elections in the newly-merged tribal districts.

PESHAWAR (Dunya News) – Making a history in KPK, as many as 19 newly-elected candidates from the newly-merged tribal districts took oath of their seats on Tuesday as the provincial assembly reconvenes after a break of nearly a month.

This will complete the process for the first-ever, directly elected representatives from the erstwhile federally administered tribal areas (Fata) in the Khyber-Pakhtunkhwa (K-P) Assembly.

The representatives were elected in the historic July 20 elections in the newly-merged tribal districts. The ruling Pakistan Tehreek-e-Insaf (PTI) had secured five of the 16 general seats up for grabs while the Jamiat Ulema-e-Islam Fazl (JUI-F) had secured three seats. The Awami National Party (ANP) and the Jamaat-e-Islami had secured one seat each.

The remaining six seats were bagged by independents. Of these, three had decided to side with the PTI while the remaining three opted to join the Balochistan Awami Party (BAP). Three members elected on special seats also took oath on historic day.

Addressing the session, KP CM Memhood Khan felicitated the newly elected members and said now our home is completed. He announced to free Kashmir with the help of tribal people.