Passage of budget is defeat of opposition: Firdous 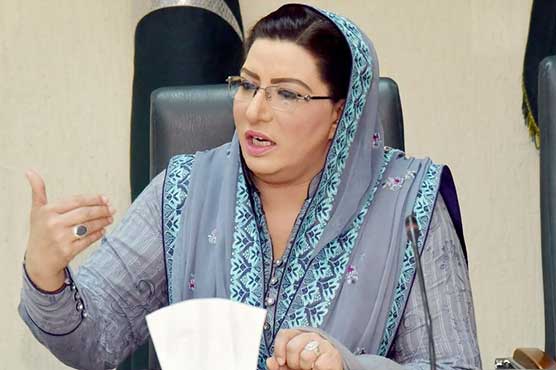 Passage of budget is defeat of opposition: Firdous

She took to Tweeter on Saturday, and termed the passage of the budget "a defeat to the opposition."

ISLAMABAD (Dunya News) – Special Assistant to the Prime Minister on Information and Broadcasting Dr Firdous Ashiq Awan on Saturday stated that the federal budget 2019-20 was a step towards the goal of a prosperous, self-reliant and developed Pakistan.

She took to Tweeter on Saturday, and termed the passage of the budget “a defeat to the opposition.”

Awan said the government will take steps in the best interest of country and the nation, and the opposition will face defeat on every front.

She said the upcoming months and years will take the nation and the country to the destination of development.

Reiterating the government’s resolve to achieve the objective of prosperity for people, the special assistant to the PM said under the leadership of Prime Minister Imran Khan, the struggle and sacrifice will bear fruits for a bright future.

“The government has been taking bold decisions for the bright future of the country,” she said. “We will definitely achieve the goal of progress and prosperity for the general public.”

Besides, Dr Firdous has also said that the passage of federal budget from the National Assembly (NA) proves that the representatives of people have full trust in the vision of Prime Minister Imran Khan.

Talking to media persons outside the Parliament House in Islamabad, she said the opposition created hurdles in approval of the budget but the government and its allies defeated all their moves.

Awan said it was the longest budget session of the country’s history which continued for over 70 hours.

She urged the opposition to cooperate with government in resolving economic issues of the country.

She said the government has been committed to strengthen the Parliament according to aspirations of the people.