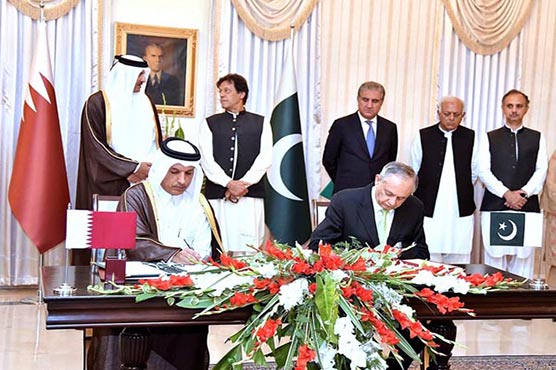 The MoU on the establishment of Pakistan and Qatar Joint Working Group (JWG) on trade and investment was signed by Finance Minister of State of Qatar Ali Shareef Al Emadi and Advisor on Commerce Abdul Razak Dawood.

Secretary General of Qatar National Tourism Council Akbar Al Baker and Minister for Inter-Provincial Coordination (IPC) Dr Fehmida Mirza signed the MoU for cooperation in the field of tourism and business events between Qatar and Pakistan.

Another MoU on the establishment of cooperation in the field of exchange of financial intelligence related to money laundering associated predicate offences and terrorism financing between the Financial Information Unit of State of Qatar and the Financial Monitoring Unit of the Government of Pakistan was signed by Sheikh Ahmed bin Eid Al Thani, Head of Qatar Financial Information Unit and Muneer Ahmad Acting Director General Financial Monitoring Unit.

Both countries agree to enhance cooperation in energy sector

Pakistan and Qatar have agreed to take steps to enhance the bilateral cooperation in diverse areas including trade, energy, oil and gas exploration, besides tourism and defense.

The consensus to this effect was reached at the delegation level talks and one-on-one meeting between Prime Minister Imran Khan and Amir of Qatar Sheikh Tamim bin Hamad Al Thani in Islamabad.

Along with a high level delegation comprising key ministers and senior officials, the Qatari Emir is in Pakistan on a two-day official visit at the invitation of PM Imran Khan.

Both the sides agreed to expand collaboration in the fields of agriculture and food, enhance cooperation in the energy sector including LNG and LPG fields and exploration and production of oil and gas.

The agreement was also reached to promote Qatar’s investments in energy, tourism and hospitality industries and increase the number of Pakistani workers employed in Qatar.

The two leadership agreed to expand cooperation in the fields of aviation, maritime affairs, higher education, and defence and defence production.

The two sides agreed to enhance cooperation in the energy sector including in the LNG and LPG fields and exploration and production of oil and gas.

It was also agreed to promote Qatar’s investments in energy, tourism and hospitality industries.

Pakistan and Qatar agreed to increase the number of Pakistani workers employed in Qatar, expand cooperation in the fields of aviation, maritime affairs, higher education, and defence and defence production.

The talks decided that the respective Ministers would hold further follow-up talks on the areas to give concrete shape to the proposals agreed between the leaders.

The two leaders reaffirmed the closeness of Pakistan-Qatar fraternal ties and reiterated the resolve to forge a robust political and economic partnership.

Delegation level talks were held between Pakistani and Qatari delegations.

Prime Minister Imran Khan also hosted a Banquet Dinner in the honour of Qatari Amir and his entourage last night.

Following the talks, both the countries signed three Memoranda of Understanding (MoUs) to establish a joint working group and enhance bilateral cooperation in the fields of tourism, business and exchange of financial intelligence related to money laundering and related offenses.

Upon his arrival at the Nur Khan airbase, he was warmly received by Prime Minister Imran Khan. Foreign Minister Shah Mahmood Qureshi, Special Assistant to PM Syed Zulfikar Abbas Bukhari and other high officials were also present there to welcome the foreign dignitary.

The Qatari Emir was given a 21-gun salute. Children clad in traditional attire presented bouquet to the visiting dignitary.

Later, the PM Khan himself drove him to the Prime Minister House where an official welcome ceremony was held.

National anthems of the two countries were played and a smartly turned out contingent of the armed forces of Pakistan presented a guard of honour. Amir of Qatar Sheikh Tamim bin Hamad Al Thani reviewed the guard of honour.

The PM introduced him to the federal cabinet members and also welcomed the delegation accompanying the Qatari Emir.

The Emir also planted a sapling in the PM House and also viewed a fly past by JF-17 Thunder aircrafts.

Al Thani is visiting Pakistan on the invitation of PM Khan.

A high-level delegation comprising key ministers and senior officials are accompanying him during his visit.

The two sides will discuss ways and means of building a robust and mutually beneficial economic partnership. During the visit, Pakistan and Qatar will sign MoUs/agreements for enhanced bilateral cooperation in different areas. 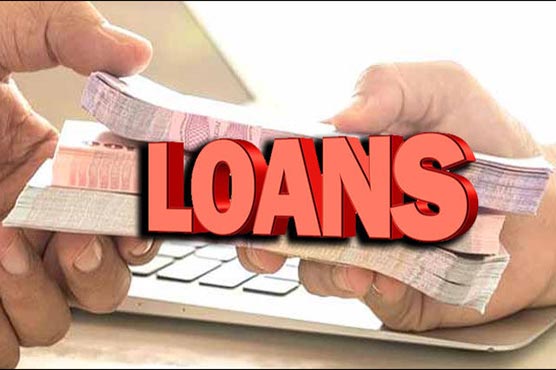 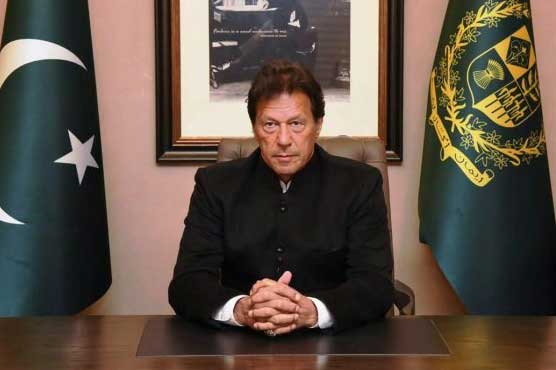 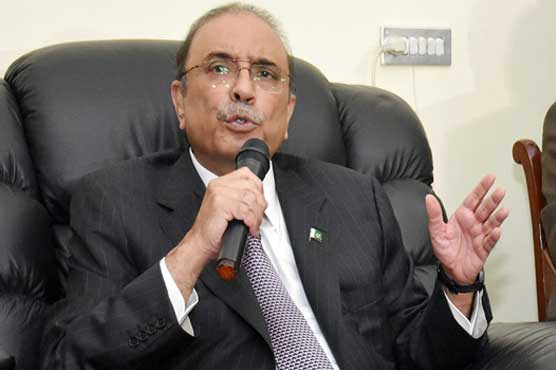 Imran Khan has no authority to give NRO: Asif Zardari 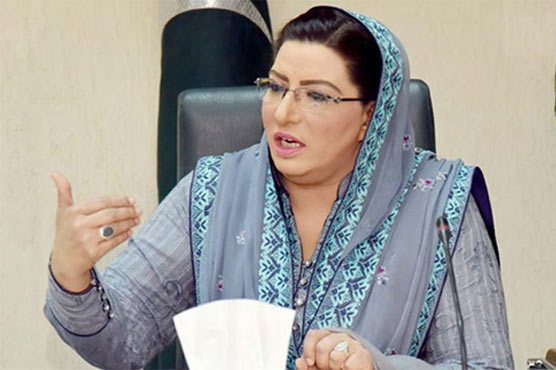