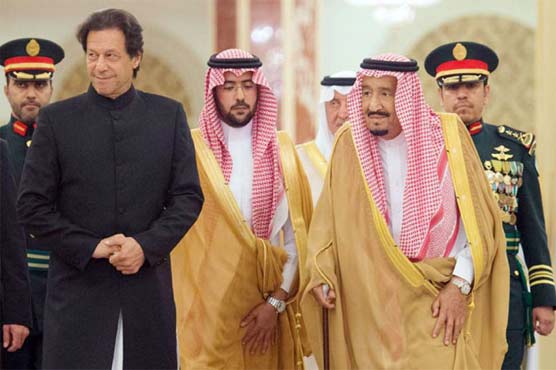 A meeting of OIC Kashmir Contact Group is also expected to be held: Qureshi

“The OIC session is very important to discuss the Middle East conflict and also the proposed Peace Plan to diffuse the situation,” Qureshi told reporters here prior to his departure for Jeddah to participate in the OIC Council of Foreign Ministers’ meeting, preceding the summit-level meeting.

Prime Minister Imran Khan will represent Pakistan at the OIC Summit titled ‘Makkah Summit: Together for the Future”, hosted by Saudi King Salman bin Abdulaziz Al Saud, which aims at developing a unified stance of Muslim leaders on rising tension in the Gulf.

At the OIC Council of Foreign Ministers’ meeting, Qureshi said he would present the country’s stance on regional situation, particularly the ongoing tension relating to Iran and Middle East. He said the meeting would finalize the agenda for OIC Makkah meeting.

On the sidelines, Qureshi said he would hold meetings with his counterparts and the OIC Secretary General.

A meeting of OIC Kashmir Contact Group is also expected to be held, where members would present their points of view, he added.