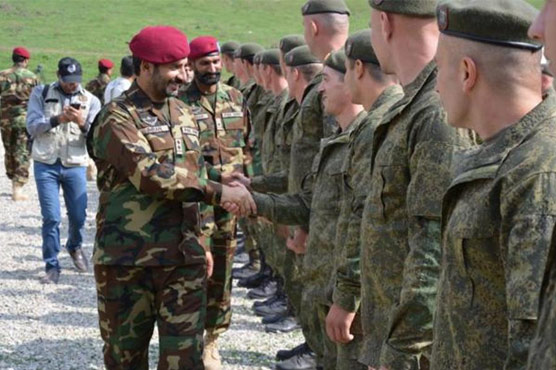 LAHORE (Web Desk) – Pakistan has shown interest to sign a deal to purchase military hardware worth billions of dollars from Russia.

According to reports, the deal is expected to amount $9 billion under which Islamabad would purchase heavy and medium fighter jets, medium and short-range air defense systems, tanks, combat helicopters, and warships.

For years, China has remained the major arms supplier to Pakistan, especially after the latter decided to reduce its reliance on the US.

However, the news is yet to be confirmed by Pakistani officials.

Pakistan was the 9th largest importer of major weapons in the world, while the country witnessed a staggering 36 per cent decrease in arms imports during the last five years, according to a report by the Stockholm International Peace Research Institute (SIPRI) published last year.
SIPRI revealed that China continues to be the largest exporter of weapons to Pakistan, accounting for an astonishing 70 per cent of the total arms imports of the South Asian country.

The United States of America (US) is second on the list, with a 12 per cent share in the export of weapons to the nation. The Russian Federation, which has warmed up ties with Pakistan in recent years, is third, and has a 5.7% stake in its defense sector.

Outlining the contribution of the US to the defense industry in Pakistan, SIPRI says that there has been a substantial decrease in US arms exports to Pakistan as successive administrations in Washington have adopted a more aggressive policy against the country to express their frustration over Islamabad’s perceived lack of action against militants.