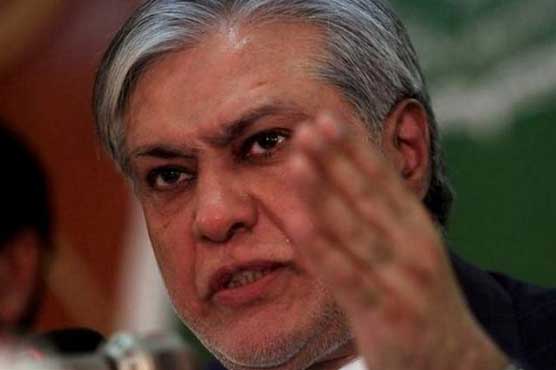 He spoke to Dunya News in the programme "Dunya Kamran Khan Kay Saath" on Wednesday night.

LONDON (Dunya News) – Former finance minister Ishaq Dar on Wednesday lashed out at the incumbent government for what he called “ineffective” policies to sort out economic issues of Pakistan.

In his exclusive talk to Dunya News in the programme “Dunya Kamran Khan Kay Saath”, he claimed that the government has derailed economy to such an extent that prices of essential commodities have surged by 300 percent.

While expressing regret over the situation, he determined the cause of recent inflation as “poor economic policies.”

“These uncertain economic conditions are not appropriate for the country. Where are they taking the country to?" he asked.

Dar, while responding to a question, said that Malaysian Prime Minister Mahathir in his recent tour to Pakistan made a suggestion to Pakistan to avoid devaluation of rupee.

“Asad Umar should wake up now to stabilise the value of rupee,” he added.

He also negated allegations that US Dollar was being controlled “virtually” in Pakistan Muslim League-Nawaz’s tenure of the government.