Afraid India says it does not want 'further escalation' with Pakistan 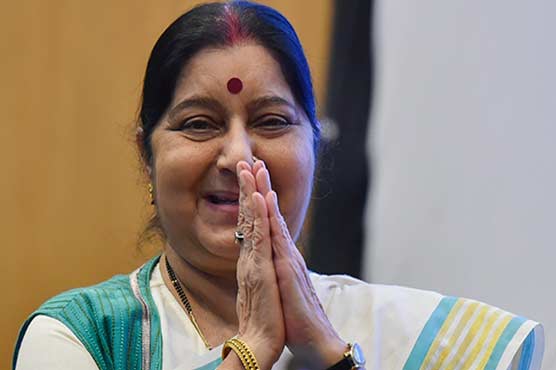 Afraid India says it does not want 'further escalation' with Pakistan

NEW DELHI (Dunya News) - New Delhi on Wednesday has sought to ease soaring tensions in a fear of Pakistan’s retaliation.

Referring to Pulwama, Indian Foreign Minister Sushma Swaraj said such attacks are a “grim reminder for the need for all the countries to show zero tolerance to terrorism and take decisive actions against it”.

Ties between the arch-rivals have been under intense strain after a February 14 suicide bombing in Kashmir that killed 40 Indian troops.

New Delhi had promised to act, and on Tuesday its warplanes flew into Pakistani airspace and dropped payloads.

Islamabad, while denying the Indian strike caused any major damage or casualties, has vowed to retaliate -- fueling fears of a dangerous confrontation in South Asia.

Pakistan s parliament was to meet Wednesday for a joint session convened by Prime Minister Imran Khan amid growing domestic pressure to respond to what is India s air strike on Pakistani soil since the neighbours fought a war in 1971 -- when neither had nuclear weapons.

"We encourage India and Pakistan to exercise restraint, and avoid escalation at any cost," US Secretary of State Mike Pompeo said in a statement after speaking with his counterparts from both countries.