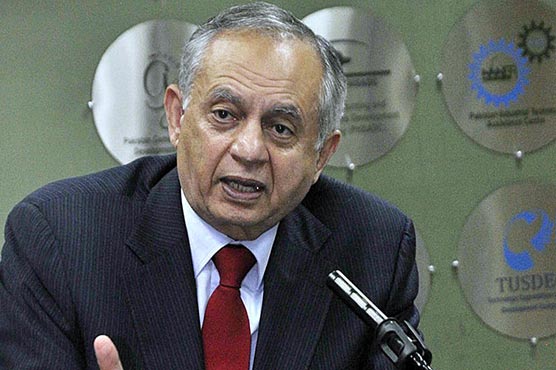 He said Saudi Arabia has been ready to upgrade transmission lines in Pakistan.

In his talk to the media, he said that the meeting of Saudi-Pakistan Supreme Coordination Council (SCC) would be held in Islamabad on Sunday (today), and a number of issues pertaining to agriculture and energy would be discussed.

He said that an oil refinery would be established at a port in Gwadar, which will usher a new era of progress in the area.

He said Saudi Arabia has been ready to upgrade transmission lines in Pakistan.

Furthermore, he asserted that Saudi Arabia has expressed keen interest for investment in alternative energy projects.

“China, Japan, Malaysia and Turkey have also shown interest to invest in Pakistan as the new government has formulated certain effective measures for facilitating businesses in Pakistan,” he said.

Meanwhile, Board of Investment Chairman Haroon Sharif said that agreements with Saudi Arabia would unveil new vistas of investment in the country.

“Saudi Arabia is a big economic player and we are going to conduct an investor’s forum with Saudi Arabia in future to hold business to business meetings between the two countries,” he said while talking to the media in Islamabad on Sunday.

He said that Pakistan has clarity in terms of defining its objectives for enhancing economy of the state.