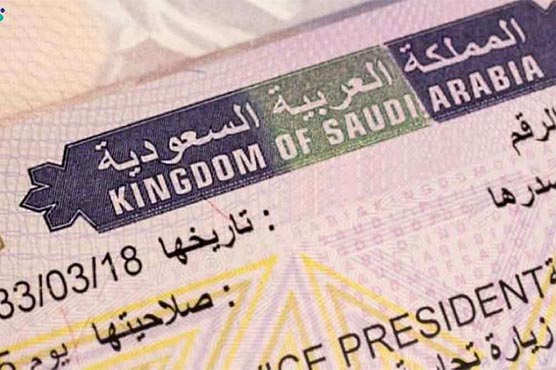 According to Saudi embassy, the decision will be applicable from February 15.

ISLAMABAD (Dunya News) – While showing another good gesture towards Pakistan, Saudi Arabia has significantly lowered visa charges for the nationals.

According to a press release issued by Saudi embassy, the fee of single entry visit visa has been cut down from SAR2,000 to SAR338, which, in dollar terms, equals a reduction from $533 to $90.

Meanwhile, the charges of multiple entry visit visa has been lowered from SAR3,000 to SAR675, which in dollar terms, amounts to a reduction from $800 to $180.

According to Saudi embassy, the decision will be applicable from February 15.

It is to be mentioned here that Crown Prince of the Kingdom of Saudi Arabia Muhammad bin Salman will visit Pakistan on 17 and 18 February.

During his stay, Pakistan and Saudi Arabia will be signing a number of agreements and MoUs in diverse sectors.

The two countries will also discuss ways and means to develop a robust follow-up mechanism to ensure effective implementation and quick progress on tangible areas of cooperation.

Federal government has announced a public holiday in Islamabad on February 18 due to Saudi Crown Prince Mohammad bin Salman visit.

According to details, educational institutions and all federal government offices situated on Constitution Avenue in the capital will remain closed on Monday.

The authorities said that the holiday was announced so that the Saudi prince visit will not create problems for the locals.