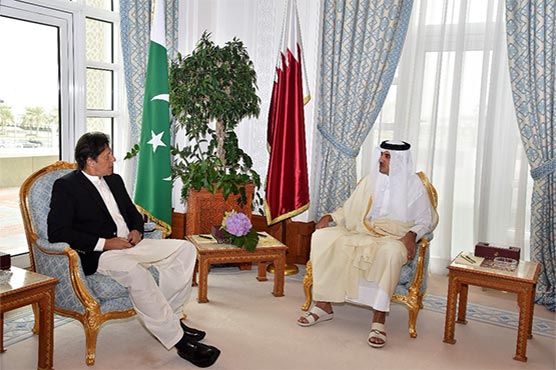 A formal welcoming ceremony was held in the honour of PM Khan at Amiri Diwan.

A formal welcoming ceremony was held in the honour of PM Khan at Amiri Diwan where he was received by Qatari Emir. 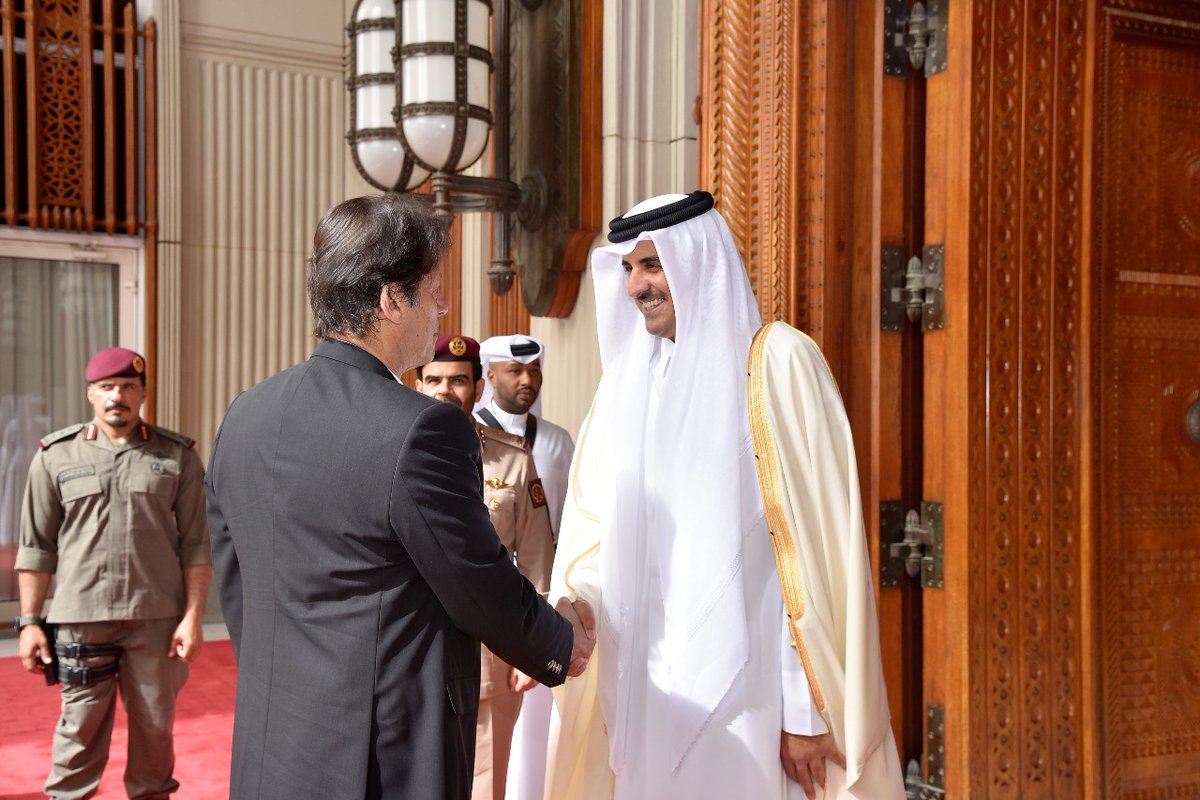 The Prime Minister was presented with a Guard of Honor by a smartly turned out contingent of Qatari Amiri Guards. National anthems of both the countries were also played on the occasion.

Prime Minister held a one-on-one meeting with Emir of Qatar and discussed the entire spectrum of bilateral ties and regional and international matters of mutual interest.

Later, the two sides had delegation level talks during which all issues of bilateral nature were discussed especially to strengthen economic and trade relations between the two countries.

Emir of Qatar also hosted a lunch for the Prime Minister and the members of his delegation. 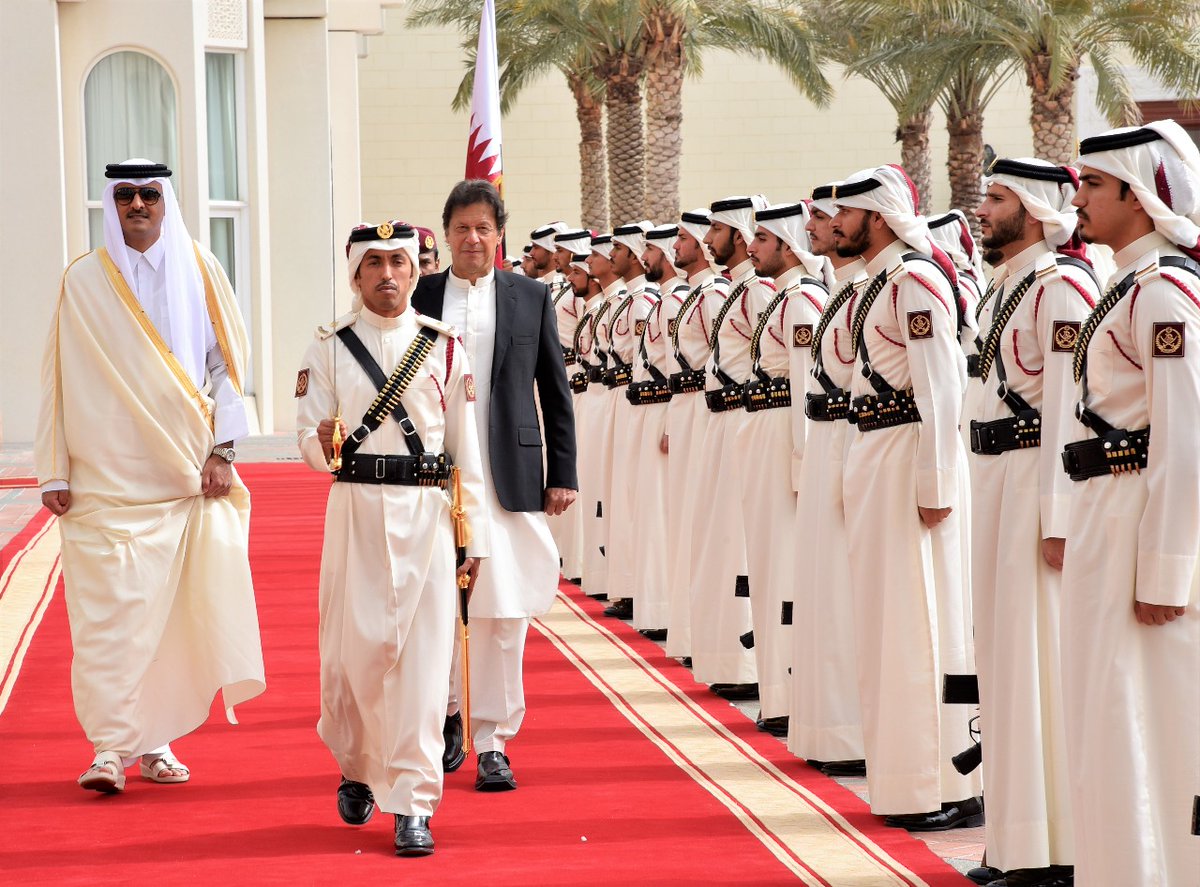 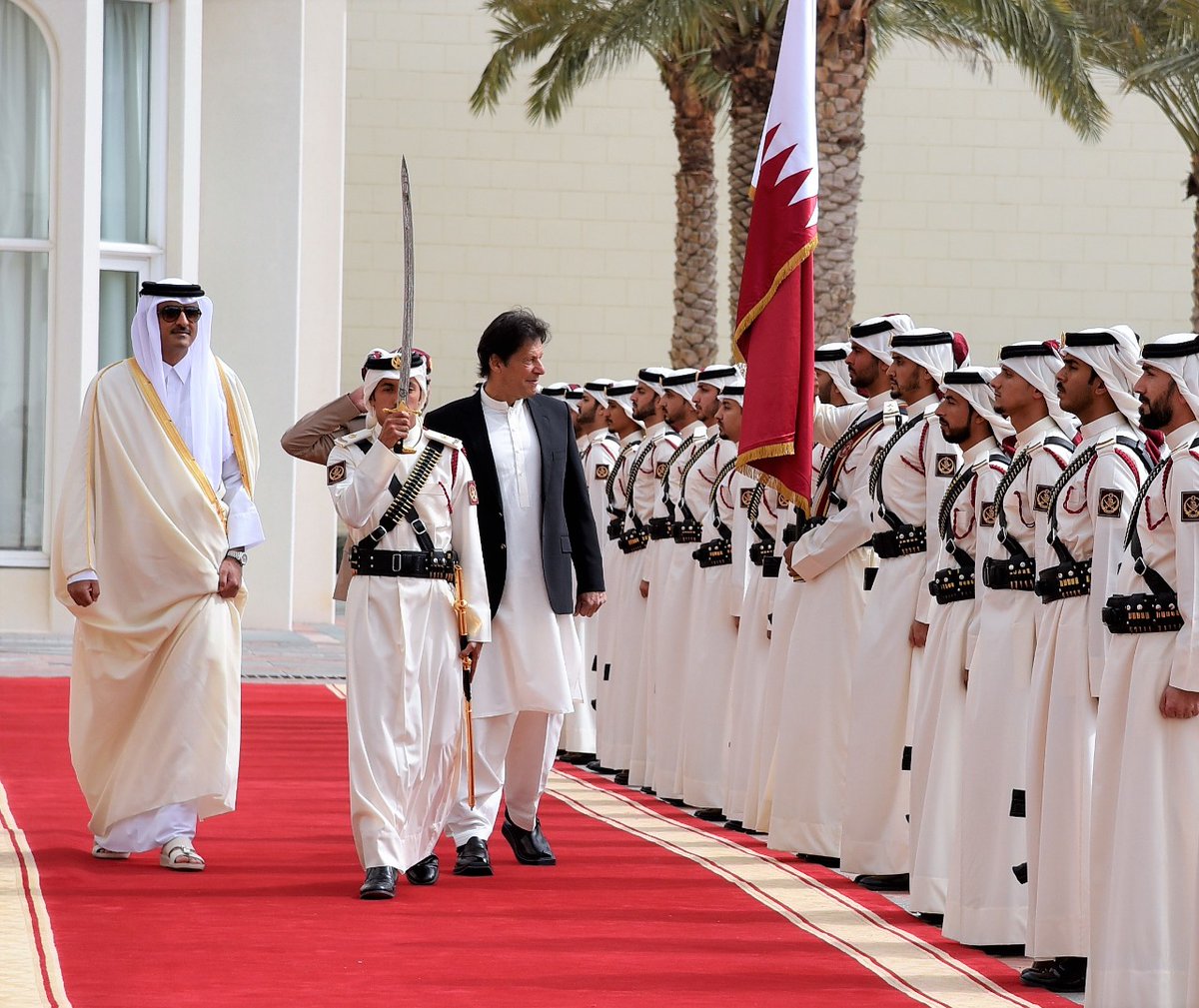 Bilateral relations, with a focus on economic cooperation between the two countries, were discussed during the meeting.

Besides, the delegation is also expected to discuss an increasing cooperation between Qatar and Pakistan in different fields, in addition to other regional and global issues including talks with Afghan Taliban in Islamabad.

Moreover, Qatar is expected to announce investment of billions of dollars in Pakistan and a possible enhancement in mutual trade between the countries.

The high level meetings will review the Pak-Qatar Liquefied Natural Gas (LNG) international agreement for a possible reduction in its price and an option of deferred payment of up to US $3 billion under the existing 15-year supply contract.

Furthermore, the PM is expected to discuss the matter of employment of 100,000 Pakistanis in Qatar.

The delegation will also hold meetings with representatives of the Qatar Business Association and the Qatar Investment Authority.

PM will also address Pakistani community during his visit to Qatar.