Aware of problems faced by people of Sindh: PM Khan 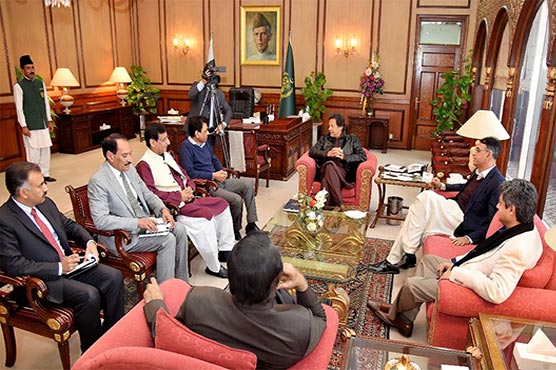 Aware of problems faced by people of Sindh: PM Khan

The Prime Minister will perform the ground breaking of Hyderabad University next month.

ISLAMABAD (Dunya News) - A delegation of Muttahida Qaumi Movement called on Prime Minister Imran Khan in Islamabad on Wednesday and discussed problems faced by Sindh province especially its big cities such as Karachi and Hyderabad.

In his remarks, Prime Minister Imran Khan asserted that the government is cognizant of the tribulations faced by the people of Sindh and it will play its role in resolving them.

It was decided that a committee headed by Governor Sindh Imran Ismail would be formed in order to enhance coordination between PTI and MQM at the provincial level regarding development projects.

It was also decided in the meeting that hurdles in the way of revival and completion of Karachi circular railway will be removed on priority basis.

The Prime Minister will also perform the ground breaking of Hyderabad University next month.