Not even 15 people visited jail to express solidarity with Nawaz: Fawad 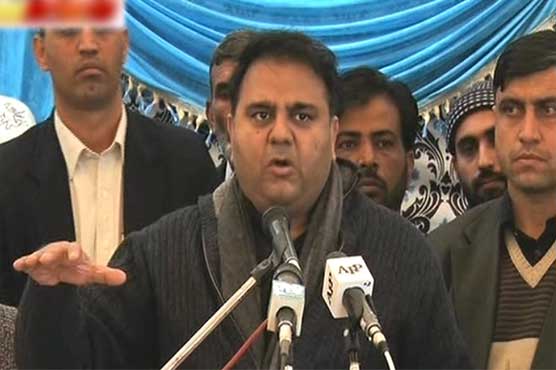 Not even 15 people visited jail to express solidarity with Nawaz: Fawad

Fawad reiterated that accountability will reach its logical end.

JHELUM (Dunya News) - Information Minister Fawad Chaudhry on Saturday lashed out at his opponents saying that not even 15 people visited jail to express solidarity with Nawaz Sharif.

Addressing a ceremony in Jhelum, Fawad maintained that Imran Khan would not have been appointed as Prime Minister if PTI had adopted the policy of give and take.

He reiterated that accountability will reach its logical end.

“Zardari made companies limited to documents only. No one in his previous seven generations has worked and no they are howling over the cases against them,” criticized Fawad.

“Thugs of Pakistan series is underway in the country. We do not want to take loans but promote trade. More than 10 million jobs will be produced in next five years,” asserted the minister.

“PTI will eliminate the difference between rich and poor and make Pakistan stand on its feet. 2019 will be the year of country’s economic stability. Government is working with an agenda of increasing trade, boosting industry and investment opportunities in the country,” he vowed.

"Under the leadership of Imran Khan, we laid the foundations of a corruption-free Pakistan and now we are heading towards the economic prosperity," declared Fawad.