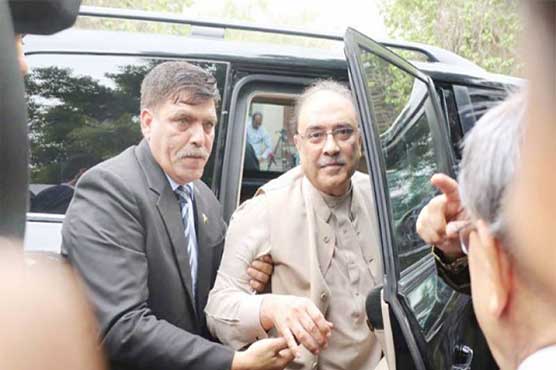 The ECP has not issued any notice to the former president for the initial hearing.

The ECP has not issued any notice to the former president for the initial hearing which will decide whether the reference is admissible for hearing or not.

However; the petitioner Khurram Sher Zaman has been issued a notice by the election body.

The PTI leader had filed a petition seeking Zardari’s disqualification for allegedly concealing a flat in United States.

The plea maintains that the former president was elected from NA-213.

“Zardari is the owner of flat situated in New York but the property is not mentioned in the asset details submitted to ECP,” says the petitioner.

“Concealing assets comes under article 62 (1) (f) of the constitution. Zardari has not remained ‘Sadiq’ and ‘Amin’ therefore; he should be declared disqualified,” added the plea.