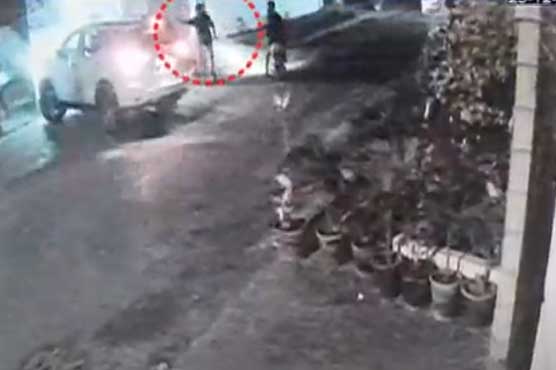 The video shows, as the Abidi arrived at his residence in his car and paused for the gate to open, two motorcyclists entered the frame, having chased him to his home, and stopped right next to the driver s door.

The video clip indicates, one of the suspects alighted from the motorbike fires multiple shots and returned to his accomplice and both of attackers had managed to flee the scene after committing crime.

After the postmortem the dead body has been moved to Imam Bargah Yasrab in the city s Defence Phase-4.