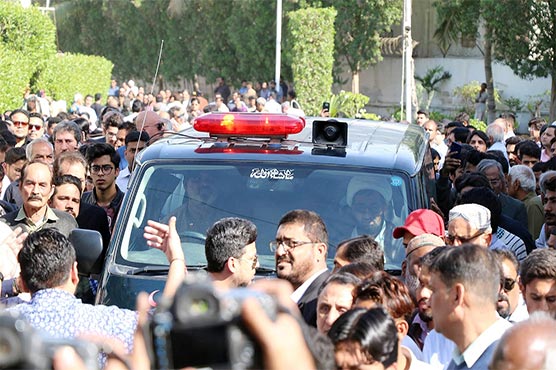 According to sources, the deceased’s body was shifted to Imam Bargah Yasrab area of Defence Phase-4. His relatives, grieving friends and acquaintances, arrived at his residence to offer their condolences. 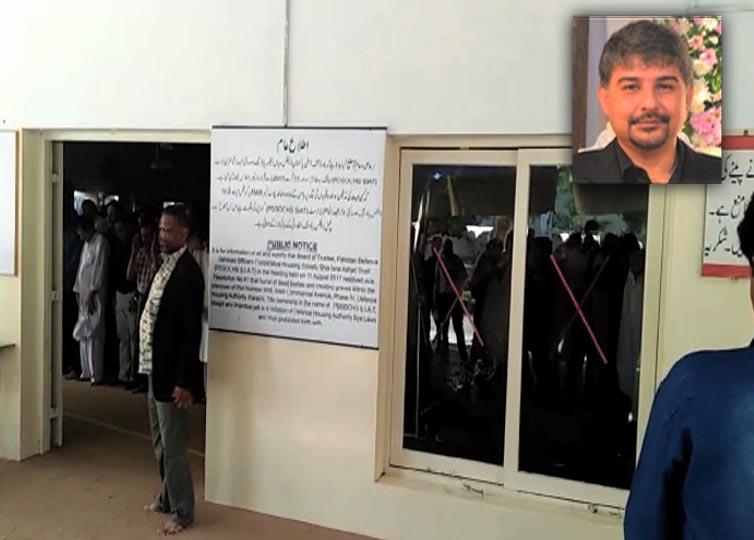 Reportedly, unidentified assailants opened fire at Syed Ali Raza Abidi when he was present in his car, injuring two people including the former MQM lawmaker.

The incident took place outside his residence at Khayaban-e-Ittehad in Karachi. Meanwhile, the attackers managed to flee from the crimescene.

Soon after the incident, he was shifted to a local hospital for medical attention, where he succumbed to his injuries.

Later, police officers and rangers rushed to his residence and cordoned of the site of the attack.

The closed-circuit television (CCTV) footage of Ali Raza Abidi has been obtained.

The video shows, as the Abidi arrived at his residence in his car and paused for the gate to open, two motorcyclists entered the frame, having chased him to his home, and stopped right next to the driver s door.

The video clip indicates, one of the suspects alighted from the motorbike fires multiple shots and returned to his accomplice and both of them flee on the bike.

According to the police reports, the pistol of 30-bore used in the murder of Abidi was also used in another murder.

After the initial investigations, police has expressed the suspicions that the reason of the murder could be parties’ conflict because he was already facing life threats.

On the other hand, the police reports have revealed that the weapon that was used to shot the former MNA had been used to kill a man named Ihtisham in Liaquatabad on December 10.

The investigation team told that the statement of seven including guard has been recorded.

They expressed grief and sorrow over the tragic incident and prayed to Almighty Allah to rest the departed soul in eternal peace and grant courage and fortitude to the bereaved family members to bear this irreparable loss.

The took notice of the shooting and directed police chief to submit a report.

Syed Ali Raza Abidi was a politician who had been a member of the National Assembly, from June 2013 to May 2018.

He was elected to the National Assembly of Pakistan as a candidate of Muttahida Qaumi Movement (MQM) from Constituency NA- 251 (Karachi-XIII) in Pakistani general election, 2013. He received 81,603 votes and defeated Raja Azhar Khan, a candidate of Pakistan Tehreek-e-Insaf (PTI).

The former MQM leader was a well-educated politician and did his immediate schooling from Karachi St. Patrick School. He got his B.com degree from DHA Degree College and I.com degree from S.M Commerce College. Then he went to states to complete his marketing degree from Boston University.

Ali Raza Abidi had plenty of experience in marketing sector and was the CEO of Akhlaq enterprises.

His career in politics began in 2013 when he was given the ticket by MQM to contest elections. Being his first time in elections he was able to win and got himself a seat in the national assembly.

However, there was some controversy surrounding his seat as a MNA as he allegedly resigned from his position recently when he joined Pak Sarzameen Party and thus left MQM.