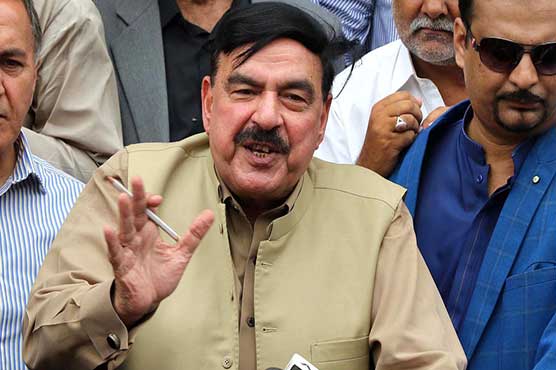 He said PM Imran Khan will not give National Reconciliation Ordinance (NRO) to anyone.

While talking to media after visiting Mazaar-e-Quaid, Railway Minister said that Bilawal’s career is on stake due to his father’s politics.  He asserted that PPP leader Khurshid Shah will be brought under law soon, and all corrupt politicians will be in jail till March 30.

He said that Prime Minister Imran Khan will not give National Reconciliation Ordinance (NRO) to anyone. He criticized Zardari saying that Benazir Bhutto’s will document was found in maid’s bag and no one knows where Zardari’s will document will be found.

The five-time minister said it is nation s bad luck that corrupt people got authority to rule and they looted public money. He said that all the previous tenders in Pakistan Railways have been cancelled and now fresh tenders will be issued.

Sheikh Rashid Ahmed has said that Pakistan is moving towards progress and prosperity under the leadership of Prime Minister Imarn Khan.