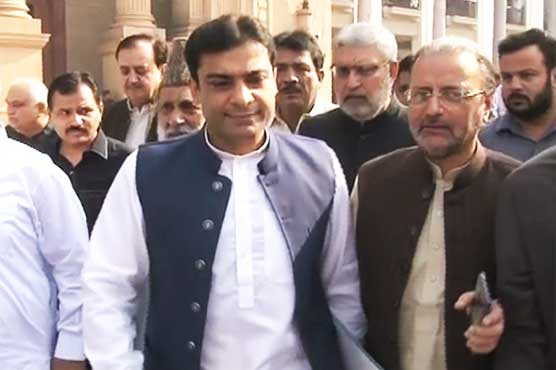 Hamza said that PML-N will not sit in the House until withdrawal of ban on MPAs' entry.

Talking to media outside the assembly, Hamza Shahbaz said that PML-N will not sit in the House until withdrawal of ban on MPAs’ entry. We have accepted the election results despite rigging, he added.

He also revealed that speaker Elahi is involved in Ring Road Project scandal.

On other other hand, opposition staged sit-in outside the Punjab Assembly after six members, who were suspended for sabotaging budget session, were barred from entering the building.

The protesters chanted slogans against the government for issuing circular against the MPAs.