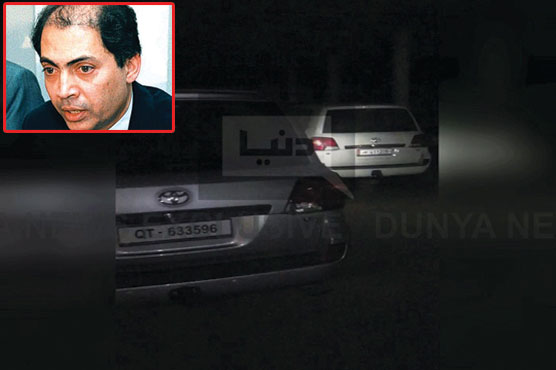 Customs Intelligence had recovered 21 luxury vehicles from the compound of a textile mills.

ISLAMABAD (Dunya News) – In a major development pertaining to recovery of luxury vehicles from deserted building of Redco Textile Mills situated in Callar Syedan area of Rawalpindi, Manager Admin Irfan Siddiqui on Saturday dismissed stance that vehicles were in use of Qatari princes.

Sources privy to Customs dept told our correspondent that statement of Redco Textile Mills manager has confuted statement issued by Qatari embassy [in this regard]. Moreover, Customs dept has made statement of Siddiqui part of ongoing investigation.

According to rough estimate, the monetary value of 21 recovered vehicles is estimated at Rs7 bln.

After Siddiqui’s statement, notices have been issued to Saifur Rehman whereas the scope of investigation has been expanded to Karachi.

According to Customs Intelligence officials, more than 40 luxury vehicles were parked in the textile mills building out of which 20 were shifted to some other place before the opersation.

Sources informed that all the vehicles bearing the number plates of Qatar Embassy. Sources further informed that the operation was conducted on the orders of DG Customs Intelligence Shaukat Ali.