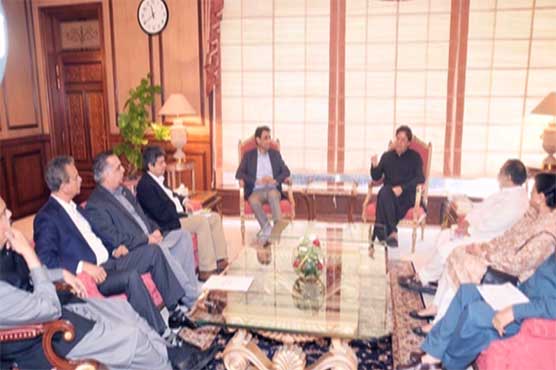 The delegation discussed in detail the problems being faced by the people of the province.

Governor Sindh Imran Ismail and Prime Minister’s Special Assistance Naeem ul Haq were also present during the meeting. The delegation discussed in detail the problems being faced by the people of the province.

The delegation was assured that the federal government was cognizant of the problems of the masses and assured all necessary measures for their early redressal.

It was noted with concern that some areas of the Karachi metropolis lacked even basic facilities.

The Prime Minister said Karachi was playing a key role in the stability and strength of the national economy and the PTI government was committed to improve the law and order situation in the city, and ensure provision of basic facilities to the people.

Governor Sindh expressed gratitude for the confidence reposed in him for an important position.