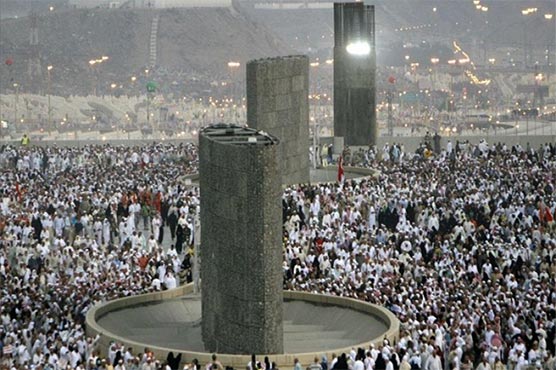 After reaching Mina, they performed stoning at Jamarat Al-Aqba and sacrificed animals.

MAKKAH (Web Desk) - Millions of pilgrims, who spent the whole night in the open sky offering prayers in Muzdalifah proceeded to Mina after Fajr prayers this morning (Tuesday).

After reaching Mina, they performed stoning at Jamarat Al-Aqba, sacrificed animals, shaved their heads and then left for Makkah to perform Tawaf Al-Ifada and Sai’, two other pillars of Hajj.

In the remaining days of Hajj, pilgrims will perform the only ritual of stoning at each of the three Jamarat in Mina.

Earlier, Muslim pilgrims ascended Mount Arafat in Saudi Arabia on Monday for the climax of the annual hajj which brings together more than two million people from around the world.

Carrying brightly coloured umbrellas under the blazing sun, a sea of worshippers scaled the rocky hill southeast of the holy city of Makkah for a day of prayers and repentance.

Arms raised, pilgrims repeated "There is no God but Allah" and "Allahu Akbar" (God is greatest).

"The feeling is indescribable," said Umm Ahmad, 61, who made the trip from Egypt.

Muslims believe Prophet Mohammed (PBUH) delivered his final sermon on Mount Arafat, where Muslim pilgrims gather every year from across the globe to atone for their sins.

"I have always seen this area, since my childhood, in photographs and on television," he said, adding that he cried when he and his wife arrived on Mount Arafat.

Workers were hurriedly picking up empty water bottles near a yellow sign that read "Arafat starts here" in both English and Arabic.

"That’s why we are all here. We’re doing this to get closer to Allah, to be absolved."

"I knew it would be a little hard to climb Mount Arafat," said Nigerian pilgrim Saidou Boureima.

"So I prepared for this challenge by working out. And God willing, we can see it through."

The hajj has at times been a point of controversy, following an incident in 1987 in which Saudi police crushed an Iranian protest during the pilgrimage against the United States and Israel.

The clashes killed 402 people, including 175 Iranians, according to Saudi authorities.

Iran boycotted the hajj in 2016, following a deadly stampede the year before which left some 2,300 dead, hundreds of them Iranian. Tehran sent its pilgrims to Makkah in 2017, and the hajj this year includes 86,000 Iranians, according to Makkah governor Prince Khaled al-Faisal.

Saudi Arabia -- the world’s largest exporter of oil -- and its allies accuse Qatar of cosying up to both Sunni Islamist extremists and Shiite Iran, Riyadh’s main rival.

They have cut all ties with Qatar -- which denies the charges -- and banned all flights to and from Doha.

Qatar on Sunday said that its citizens were unable to take part in the hajj because of the diplomatic dispute.

Muslims on Tuesday observe the first day of Eid al-Azha, or Feast of Sacrifice, which marks the end of the hajj.

Muslims traditionally slaughter sheep for the three-day Eid al-Azha, a tribute to the prophet Abraham’s sacrifice of a lamb after God spared Ishmael, his son. 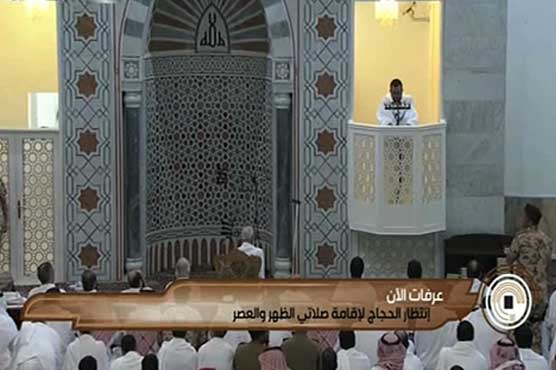 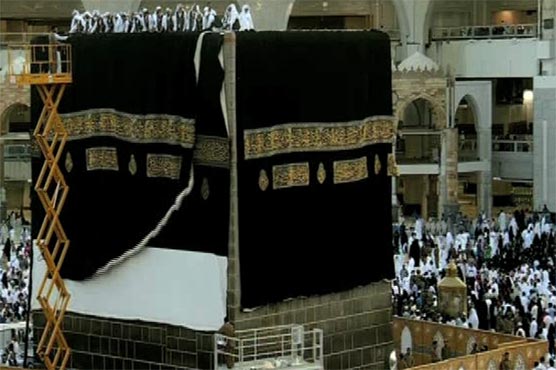 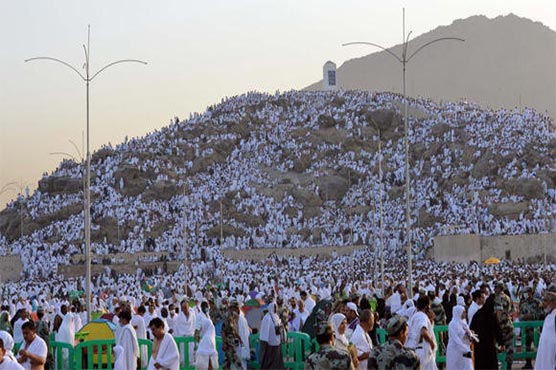